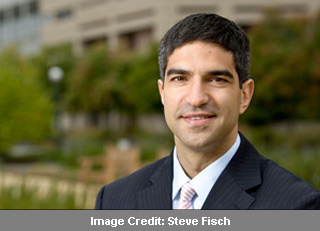 Childless men may be vulnerable to emotional issues, but are they also prone to physical illnesses? A new study by a team from the Stanford University School of Medicine has revealed that the chances of encountering death due to heart disease are presumably higher in childless men than fathers.

As part of the study, 135,000 males from the American Association of Retired Persons were inspected for a span of 10 years. The analysis shows a link between parental status and cardiovascular risk and cannot be considered as a cause and effect relationship.

“This was the largest-ever study in the United States to examine the relationship between fatherhood and cardiovascular disease,” remarked Michael Eisenberg, MD, assistant professor of urology at Stanford.

The analysts checked the data from questionnaires of many AARP members and filtered 135,000 married or formerly married men aged 50 and above. The average age of the participants was 62.7 at the start of the study. Excluding men who previously had heart problems, they included those who had the desire as well as the avenues to reproduce. The group thus formed constituted men with good physical health initially. During the study, they calculated deaths between 60 and 70 varied reasons.

Furthermore, the subjects were categorized according to the number of kids they had and the mortality rates in each set were measured. Other factors like BMI, physical activity, tobacco, and alcohol were corrected for the analysis.

The outcomes showed that nearly 10% of the men died when the trial was progressing. Cardiovascular issues were the cause for about 1 in 5 deaths. They found a 17% rise in deaths due to cardiovascular conditions in childless men, unlike fathers.

Eisenberg says that fertility problems may be gauged even before cardiovascular conditions surface, so this link could be used as a signal for heart disease risk paving the path to early diagnosis and treatment. He added that there may be other variables apart from testosterone account for fathers’ less exposure to cardiovascular risk. He guesses that children could cause men to indulge in healthier behaviors and thus help them live longer.

The new study is published in the journal, Human Reproduction.