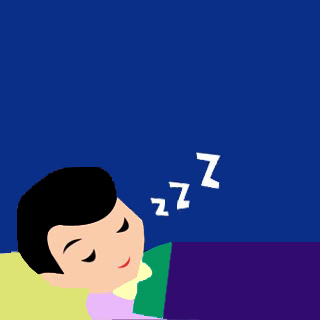 According to a latest study, consuming alcohol during pregnancy and small body size at birth may perhaps predict poorer sleep and increased chances of sleep disorders in 8-year-old children born at term. At least that’s what experts from the organization of American Academy of Sleep Medicine have to say.

These findings are clinically important, as poor sleep and sleep disturbances in children are believed to be linked with various diseases. These seem to include obesity, depressive symptoms, attention deficit hyperactivity disorder, and poor neurobehavioral functioning.

The findings indicated that lower weight and shorter length at birth seemed to be associated with lower sleep efficiency. In addition, a lower ponderal index appears to be related with the presence of sleep disturbances. This index is known to be an indicator of fetal growth status. It was further observed that, children with short sleep duration were more susceptible to have been born through Cesarean section in contrast to children who sleep for a longer period of time.

Chief investigator Katri Raikkonen, PhD, in the department of psychology at the University of Helsinki, Finland claimed that even low levels of weekly prenatal exposure to alcohol could have undesirable effects on sleep quantity and quality during childhood.

“The results were in accordance with the fetal origins of health and disease hypothesis and the many studies that have shown that adverse fetal environment may have lifelong influences on health and behavior. However, this is among the few studies that have reported associations between birth variables and sleep quality and quantity among an otherwise healthy population of children.” says Raikkonen.

To better understand this criterion, experts seemed to have collected information from nearly 289 children born at term from 37 to 42 weeks of gestation. Apparently, they objectively measured sleep duration and sleep efficiency with the help of actigraphy at 8 years of age for an average of 7.1 days. Sleep efficiency appears to be the actual sleep time divided by the time in bed. Also, parents were noted to have completed the Sleep Disturbance Scale for Children in order to report sleep problems and sleep disorder symptoms such as bedtime resistance and sleep disordered breathing.

The authors claimed that small body size at birth may possibly function as a basic indicator of disturbances in the fetal environment. Supposedly, small body size is associated with prematurity, intrauterine growth retardation, prenatal alcohol exposure and poorer sleep quality in children and young adults.

The findings further demonstrated that amongst children born healthy and at full-term, a direct relationship appears to exist between smaller body size at birth and poorer sleep quality eight years from birth.

The findings of the study have been published in the journal Sleep.