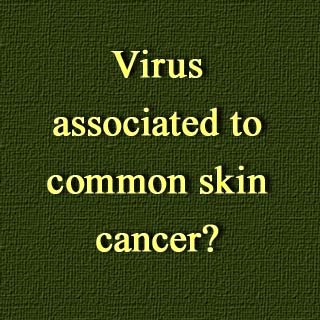 Researchers at the Ohio State University Comprehensive Cancer Center – James Cancer Hospital and Solove Research Institute were believed to have found a virus which was discovered last year in a rare form of skin cancer. Apparently, this virus is seen in Americans and is the most common form of skin cancer.

For the purpose of the research, experts examined tissue samples from nearly 58 people with squamous cell carcinoma (SCC). SCC is known to be an extremely curable form of skin cancer. It is estimated to affect more than 200,000 Americans this year.

Supposedly, they recognized the virus in more than one third of the patients and also in 15 percent of the tumors tested. In addition, the viruses found in tumor cells seem to undergo a mutation which could allow the viral DNA to mix into the DNA of the host cell.

“This is indirect evidence that the virus might play a role in causing some cases of squamous cell carcinoma,” says chief investigator Amanda E. Toland, assistant professor of molecular virology, immunology and medical genetics and a researcher with the Ohio State University Comprehensive Cancer Center – James Cancer Hospital and Solove Research Institute. “Originally it was thought that this virus caused only this rare skin cancer, but our findings indicate that it is a lot more prevalent than we initially thought.”

Toland along with first author and graduate research associate Amy Dworkin and Ohio State pathologists O. Hans Iwenofu and Sara B. Peters, examined DNA samples from SCC tumors in order to learn if people with SCC harbored the virus. The DNA samples seemed to have ranged from normal-appearing skin adjoining the tumor to white blood cells and from cells washed from the mouth.

The findings revealed that the virus was detected in 26 of 177 SCC samples, 11 of 63 adjacent-skin samples, and one sample from a mouthwash. However they did not find viral DNA in any of the blood samples from 57 patients. On the whole, it was observed that approximately 21 of 58 SCC patients, or 36 percent, tested positive for the virus.

Allegedly, by sequencing the viral DNA from 31 normal and tumor samples, researchers demonstrated that the same mutation was present in all the viruses tested from tumors. Also, in 60 percent of the viruses were tested from adjacent healthy-looking tissue.

Toland further elucidated that, “That suggests that the virus may develop a mutation that causes it to integrate into host-cell DNA, and, therefore, may play a role in causing the cancer.”

Toland hopes that in future it may be possible to test normal skin in healthy individuals in order to learn how widespread this virus is in people generally. In addition, he wishes to learn whether the virus actually integrates with the host DNA.

The findings of the research have been published in the Journal of Investigative Dermatology.