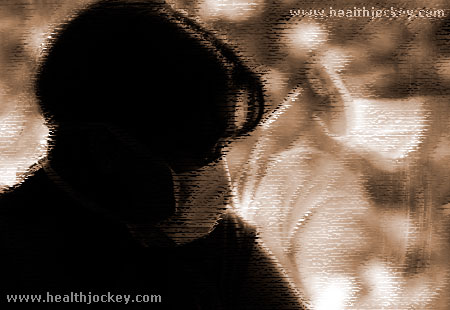 Commonly called as the ‘Swine Flu’, the new strain of influenza virus officially named as ‘new H1N1’ was recognized for the first time in April’09 in Mexico. It has been identified as a mutation of the four known strains of the Influenza A virus, subtype H1N1. It has been understood that the virus was carried from pigs of Asia to North America via people infected with this specific strain. There is evidence that the notorious virus had been circulating amongst the pigs of various countries for past few years without transmission to humans. It has also been said that Mexico has been suffering a ‘silent epidemic’ since the past few years.

The outbreak began in Mexico in April 2009 and soon spread all over Northern America. By the onset of June World Health Organization (WHO) had already declared it a global pandemic but of ‘moderate severity’. Eventually it started spreading to the southern hemisphere and towards Asia and other developing countries who do not have well-developed healthcare systems. Cases of death have now been reported from India too.

According to the latest reports published by W.H.O on July 6, 2009 94,512 cases had been confirmed in 122 countries, including 429 deaths. W.H.O declared that it would be focusing on such countries with weak healthcare infrastructure and inadequate antiviral medication.

Most likely victims of the virus are people beyond 65 years and children below 5years, pregnant women, and people of any age with underlying medical diseases. The virus manifests itself by producing common flu-like symptoms namely fever, cold, sneezing, running nose, cough, sore-throat, headache, body-ache, nausea, vomiting, diarrhea and sometimes muscle and joint pains. Most symptoms are of a mild character but severe diseases like respiratory failure and pneumonia have also been reported with fatal outcomes.

Though it’s called as the Swine flu, unlike its name, it spreads from human to human and not from infected pigs to human beings. The common routes of spread are via touch of contaminated surfaces and air. It is capable of causing a wide spectrum of diseases despite its moderate severity and complete curability. The deaths that have been reported so far have all been in people with other underlying diseases like asthma, diabetes, coronary heart disease, AIDS or a weak immune system. But it is necessary to take it very seriously as it is spreading like wild fire.

Dr. Margaret Chan, on studying the behavior of the virus in the southern hemisphere declared that the swine flu virus could mix with the seasonal influenza virus and behave in unpredictable ways making it difficult to control and eradicate. As no vaccine is available as yet, The Mayo Clinic declared that personal safety measures as mentioned below must be followed to avoid infection-

Pork has been declared safe to consume as the influenza virus doesn’t spread through eatables and cooked derivatives from pigs. Airline hygiene measures have been stepped up in multiple airlines outside U.S with flight attendants being given face-masks and all pillow covers and headrests being changed, state-of-the-art air filters being installed and fumigation of flight cabins being few of the changes initiated. Almost all countries have started examining foreign travelers for signs of flu. Some countries like China, Hong-Kong, Australia, and Russia have even begun quarantining foreign visitors suspected of having or being in contact with others who may have been infected. School closures have taken place in U.S, U.K, Australia, and many South-east Asian countries.

Empirical antiviral treatment has been recommended for any person suspected to have swine influenza A (H1N1) virus infection. Treatment with either Zanamivir (brand name-Relenza) or a combination of Zanamivir with Oseltamivir (brand name- Tamiflu) should be initiated as soon as reports confirm it to be a positive case. Amantadine or Rimantadine may also be used in these cases. Medication must be initiated within 2 days of onset of symptoms to be most effective. It has been explained that both the drugs may perhaps cause side-effects like light-headedness, nausea, vomiting, loss of appetite and breathing difficulties. Thus it is recommended that patients discuss possible side effects with their doctor before starting any antiviral medication. Signs of any unusual behavior must also be looked out for in people receiving Tamiflu as medication.

Household contacts of infected persons, healthcare workers, travelers going to Mexico, school-going children and border-workers of Mexico have been recommended to take prophylactic antiviral medication. Antiviral chemoprophylaxis can be done with a 7 day course of either Zanamivir or Oseltamivir.