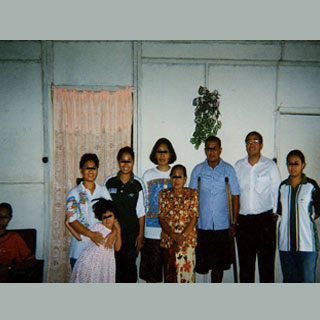 According to a latest research, information about genetic mutations associated with acromegaly seems to have been unfurled. Researchers at the Van Andel Research Institute (VARI) were believed to have been assisted in this interesting discovery by an indigenous family living in a mountainous area of Malaysian Borneo.

Acromegaly is known to be a form of gigantism which frequently results in enlarged hands, feet and facial features. The novel information may perhaps lead to better screening for the disease, which most often results from a benign pituitary gland tumor. This tumor could perhaps be deadly if left untreated. However this tumor is difficult to identify until later stages when features appear to become pronounced.

Researchers now seem to have located a 31-member aboriginal family which included individuals with acromegaly living in a mountainous region of Borneo, Malaysia. Also, the effects of the family patriarch’s growing pituitary tumor were believed to have necessitated medical treatment. A medical team including VARI Distinguished Scientific Investigator Bin Tean Teh, M.D., Ph.D., and staff from the Department of Medicine at the University of Malaya Medical Centre and the Department of Medicine at the Queen Elizabeth Hospital in Malaysia later traveled to the family’s village several times in order to collect blood samples for the purpose of examining.

“Researchers had recently found a mutation in the AIP gene associated with acromegaly. But we found that several family members who didn’t have visible symptoms of acromegaly had this mutation as well. This increases the importance of screening for families with cases of acromegaly since anyone could be a carrier. On one side of the family, at least two generations carried the gene before someone showed any symptoms,” says Dr. Teh.

Supposedly, the later stages of acromegaly frequently produce enlarged hands and feet, protruding brows and lower jaws, thick voice and slowed speech from swelling of vocal cords, and other symptoms. After diagnosis, the tumor and entire pituitary gland could perhaps be removed. Subsequently, a hormone therapy seems to be provided to the patient for the rest of his life.

However, because the progression of the disease is so gradual, it seems to become difficult to detect. In addition, if this disease is left unchecked, patients could possibly die from complications such as heart or kidney failure. Well-known acromegalics were known to include wrestler-actor Andre the Giant and motivational speaker Tony Robbins.

Lead author of the study and VARI research scientist, Sok Kean Khoo led researchers in scanning DNA in the family’s blood in order to discover other factors which might explain why only some family members with the genetic mutation had visible symptoms of the disease. Furthermore, researchers seemed to have found regions on a few chromosomes which might perhaps lead to further insight.

Dr Teh further continued saying that, “The sooner we know how and why people are affected differently by this disease, the sooner we can help families who have it. One of the women in this family was only 19 and probably thought that since her grandfather had lived so long with the disease, she would too. She chose not to go to the hospital for treatment and, sadly, died two years after our last visit.”

Dr. Khoo was of the opinion that the recent findings may signify that the prevalence appears to be higher since carriers of the genetic mutation who don’t have symptoms are not included.

The research findings have been published in the journal Endocrine-Related Cancer.