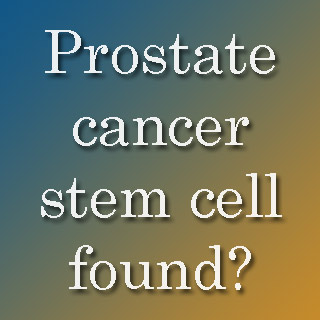 A novel type of stem cell found in the prostate of adult mice could perhaps be a source of prostate cancer. At least this is what the researchers from the Herbert Irving Comprehensive Cancer Center at Columbia University Medical Center and NewYork-Presbyterian Hospital claim.

The researchers found the rare stem cells, called CARNs (castration-resistant Nkx3.1-expressing cells), within the ducts inside the mouse prostate. The stem cells are believed to be involved in regenerating prostate tissue. However, the researchers also found that CARNs could possibly give rise to cancer if certain tumor suppressor genes inside the cells are inactivated.

In recent times, few researchers have proposed that prostate cancer could perhaps arise from normal adult stem cells, since stem and cancer cells share numerous characteristics. But the only stem cells previously explained in the prostate appear to be basal cells. Apparently, they have been considered to form a ‘support’ layer for the luminal cells which make prostate secretions.

However, since prostate cancers are filled completely with cells which are believed to have features of luminal cells, it has been unclear how cancer might arise from basal cells. Evidently, the new findings may resolve this problem because the newly discovered adult stem cells are also luminal cells.

“Previous research suggested that prostate cancer originates from basal stem cells and that during cancer formation these cells differentiate into luminal cells. Instead, CARNs may represent a luminal origin for prostate cancer,” says lead researcher, Michael Shen, Ph.D., professor of medicine and genetics and development at Columbia University Medical Center.

The researchers found that CARNs in mice may be able to give rise to prostate cancers after the cells lose the activity of PTEN. PTEN is known to be a gene which is often mutated in human prostate cancers. However, the findings do not signify that CARNs give rise to ‘cancer stem cells.’ The cancer cells seem to stay inside a tumor which is capable of renewing the cancer from a single cell.

This research suggests that understanding which cells in the prostate seem to give rise to cancer may assist the researchers in developing enhanced treatments for prostate cancer. However the identity of these cells for origin of prostate cancer appears to have been controversial.

Furthermore, Dr. Shen’s lab is believed to be investigating whether CARNs exist in the normal human prostate and if human prostate cancers appear to originate from these CARNs.

The research findings have been published in the online journal Nature.