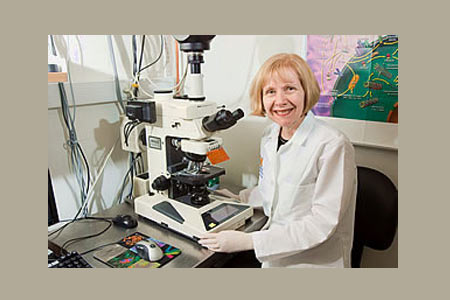 Amyotrophic lateral sclerosis (ALS) is said to be a form of motor neuron disease. It is believed to be a progressive, deadly, neurodegenerative disease caused by the degeneration of motor neurons, the nerve cells in the central nervous system that apparently manages voluntary muscle movement.

The FDA apparently accepted an Investigational New Drug application from Neuralstem, Inc., to examine the safety of a treatment in which patients may be given injections of the company’s patented neural stem cells in several spots along the spinal cord.

Feldman is said to be the director of the U-M ALS Clinic and the U-M program for Neurology Research & Discovery. To develop the procedure for carrying the stem cells into the spinal cord of patients, Feldman worked with a set of neurologists and with Neuralstem Inc.

The Phase 1 trial is to apparently verify the safety of the treatment. It may be anticipated to take place at Emory University in Atlanta, Ga., if it may be approval by its Internal Review Board.

Feldman, the DeJong Professor of Neurology at the U-M Medical School, commented, “We are very excited about this clinical trial. This is a major stride forward in what still could be a long road to a new and improved treatment for ALS.”

Feldman added, “ALS is a terrible disease that ultimately kills by paralysis. In work with animals, these spinal cord stem cells both protected at-risk motor neurons and made connections to the neurons controlling muscles. We don’t want to raise expectations unduly, but we believe these stem cells could produce similar results in patients with ALS.”

The trial may eventually comprise of about 18 ALS patients with different degrees of the disease. The FDA has supposedly permitted the first stage of the trial, which apparently consists of roughly 12 patients who may be given five-to-ten stem cell injections in the lumbar area of the spinal cord. The patients could be observed at standard intervals post-surgery, with concluding evaluation of the data which may come about 24 months later.

Lou Gehrig’s disease is another name for ALS. On an average, around 30,000 Americans are believed to be affected by ALS. It is claimed that it progressively kills the neurons that are said to be in charge of voluntary muscles, thereby leaving affected people who may now not be able to move or speak. Unfortunately there are no known treatments for the disease.