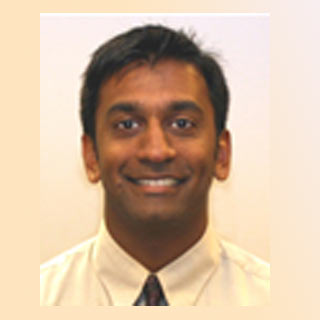 A study apparently compared images of the knees in people who did and didn’t have earlier injuries to the anterior cruciate ligament (ACL). It claims that people who tore their ACLs apparently have more chances to have a smaller ligament than similarly sized people who have supposedly never injured a knee.

The experts apparently calculated the overall volume of the ligaments based on magnetic resonance images of human knees. The ACLs among those with prior injuries were, on average, around 10 percent smaller than the ACLs among those who did not have an injury.

In those with preceding injuries, the unhurt ACL in the opposite knee was supposedly measured for the study. Their ligaments were contrasted to the ACLs in uninjured people of similar height and weight. Those who had torn their ACLs apparently suffer from noncontact injuries, meaning the injury which may have taken place during some sort of movement of the body and not because of a blow to the knee.

Experts warn that the retrospective study may not mean that a smaller ACL could necessarily lead to injury. Instead, it is said that the study could provide more clues about the range of features like activity level, neuromuscular coordination, gender and muscle strength, which might seem to be adding to ACL injury. In this group of contestants, weight was said to be the strongest forecaster of ACL volume.

Knowing that the knee’s anatomy may influence vulnerability, it may aid experts who may be attempting to find out why ACL injuries may happen and who may have the most chance to experience these injuries. Most study results may direct the assignment of a percentage of threat to apparently one or more issues which could be linked with torn ACLs, but till date no study had supposedly looked only at the size of the ligament in injured and non-injured knees.

The anterior cruciate ligament is believed to be one of four ligaments that apparently link the thigh and shin bones. Non-contact tears of the ACL are supposedly inclined to take place in athletes when they spin around, stop swiftly or land from a jump. Preceding study has apparently claimed that college-age women athletes are at approximately three- to ten-times more at risk of tearing their ACLs as compared to their male counterparts, depending on the activity, but scientists have not yet determined why this is the case.

Ajit Chaudhari, assistant professor of orthopedics at Ohio State University and lead author of the study, commented, “Comparisons of the volumes of ACLs between men and women have been done, which have suggested that ACL volume may matter. Studies have also found that female ACLs had fewer fibers than male ACLs that were tested. But even with those findings, any differences between males and females could be a coincidence. There are so many variables that interact that you can’t really tell what’s causative unless you compare people who have had an injury to those who haven’t had an injury.”

MR images of the knees of about 54 participants were taken. They were then split into two groups. Volunteers with preceding injuries were apparently coordinated with uninjured participants of the same age, gender, height and weight.

The MR images were used by the experts to apparently verify the outline of every ACL under the supervision of an orthopedic surgeon who is said to be skilled in operating on injured knees. They certified this way of determining ACL volume by apparently working on the measurement technique on five pig knees which were obtained from a butcher.

Chaudhari is of the opinion that based on what is at present known about the fibrous makeup of the ligament; it’s apparently no shock that a smaller ACL is said to be more vulnerable to injury.

It’s said to be too early to think about knee imaging as a way to monitor potential athletes. Because of the high expenditure and the fact that knowing the size of the ACL apparently still doesn’t tell the entire story of how the knee may respond to activity.

Chaudhari and other experts wish to examine whether ACL itself could be made stronger, or larger, or both, when a child may still be growing and developing.

This study was published in a recent issue of the American Journal of Sports Medicine.