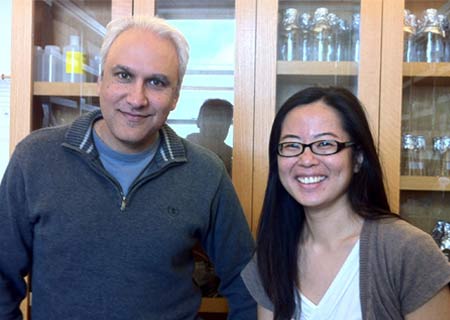 To stop cancer from proliferating, killing the tumor from its roots may be the key. Now, scientists from the University of California (UCSF) have shown that FLT3 gene mutations may play a major role in acute myeloid leukemia (AML).

The scientists essentially came to the conclusion that targeting these mutations could help destroying this cancer. There are already some medications which target these genetic mutations, but have not been known to work. While these drugs reached their targets successfully, they did not hit them with enough intensity. Subsequently, the cancerous cells did not appear to get destroyed.

Neil Shah, MD, PhD, who led the research, and is co-leader of the Hematopoietic Malignancies Program at the Helen Diller Family Comprehensive Cancer Center at UCSF and the Edward S. Ageno Distinguished Professor of Hematology/Oncology, cited, “These mutations are critically important for the survival of leukemia cells that harbor them.”

Basically, FLT3 gene mutations seemed to aid the survival and growth of AML cells. According to the investigators, developing medications that impede the functioning of these genes may be an important step towards the treatment of AML.

All drug-resistant variants of this gene ought to be repressed for which strong inhibitors are required, the scientists added. Their lab is working hard to locate compounds capable of destroying the mutations.

The research titled, ‘Validation of ITD mutations in FLT3 as a therapeutic target in human acute myeloid leukaemia’ is published in the April 15 issue of the journal, Nature.