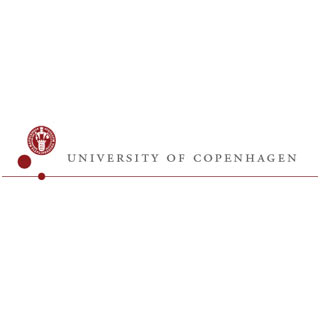 It is said that playing sports like cricket or soccer regularly could get you fit and healthy. Now a new study from University of Copenhagen claims that women may gain more from playing recreational soccer as compared to running when it comes to overall fitness.

Apparently women playing soccer may undergo an elevated level of impulse when it comes to sticking to their sport, and they supposedly enhance their capability to form new acquaintances.

Around 30 experts led by Associate Professor Peter, have apparently examined physiological, sociological and psychological aspects of women’s soccer as opposed to running. Around 100 untrained adult pre-menopausal women took part in the study. The women were split into three groups namely a soccer group, one running group and one control group.

The soccer players and runners were apparently trained twice a week for about one hour. After four and sixteen weeks, all the participants had to undergo widespread physiological tests. The same 65 subjects plus another 35 women playing in soccer clubs were constantly observed and questioned to examine the sociological and psychological effects of their training.

Several women may not find time to fit sports or exercise in their daily schedules as they have family and children to look after. The study divulges that the flexibility of running as exercise form apparently makes running harder to stick to for most women as compared to soccer, which needs a permanent time and place.

Associate Professor Laila Ottesen, commented, “What is really interesting is that the soccer players differed from the runners in their motivation. The runners were motivated by the idea of getting in shape and improving health. But the soccer players focused on the game itself and were motivated by the social interaction and by having fun with others. As it turns out, the soccer players got in better shape than the runners, and that combined with the social benefits makes soccer a great alternative to running. The women who played soccer have continued their soccer training as a group whereas few of the women in the running group continued running after the study. Actually, some of the women from the running group joined teams with the soccer group after the project finished.”

When selecting a sport, women may be inclined to favor cardiovascular training to strength training even though the build-up of muscles and bone strength are imperative to maintain health in old age.

Project leader Peter Krustrup, mentioned, “While playing soccer, the women have high heart rates and perform many sprints, turns, kicks and tackles, making soccer an effective integration of both cardio and strength training. Our study shows that the 16 weeks of recreational women’s soccer causes marked improvement in maximal oxygen uptake, muscle mass and physical performance, including the endurance, intermittent exercise and sprinting ability.”

Some of the results which were found from the physiological parts of the study are:

Recreational women’s soccer players apparently work out with high heart rates and carry out several intense actions, like sprints, jumps, turns, shots and tackles, thereby making soccer an effectual combination of cardio-vascular training and strength training, even for women with no previous experience with soccer. After 16 weeks of 2 weekly 1-hour soccer training sessions, several things like oxygen uptake was claimed to be improved, muscle mass of the legs was said to be prominent, the amount of capillaries per muscle fiber was supposedly augmented, activity of glucose and fat metabolizing enzymes were believed to be high. The runners also enhanced their maximum oxygen uptake, muscle mass of the legs but apparently had no change in muscle capillarisation or fat metabolizing enzyme activity. It was seen that only the soccer group apparently enhanced their sprint performance.

Some of the results from the sociological study are:

Soccer apparently promoted social relations. The soccer players were said to be driven by the activity as well as having fun and being together in the group. The runners were apparently provoked by the health gains and well being in general. The soccer players have supposedly been more successful in continuing their activity as opposed to the runners. If a participant has small children, then she may be unable to focus much on the game.

Several people have mentioned that post this study, they apparently had the confidence to create new friends and acquaintances.