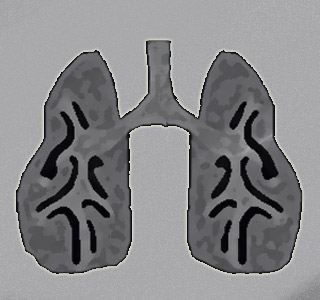 People suffering from asthma, are stated to regularly require maintenance or preventive medication in order to control their disease symptoms and improve their lung function. Mostly, the preventative medicine used by such patients is noted to be low-dose corticosteroid given with an inhaler device. However if their symptoms aggravate, then patients are believed to make use of a different inhaler. It has been stated that this “rescue” inhaler contains a short-acting beta2-agonist, which apparently aids in relieving the patient of wheezing and shortness of breath.

The study investigators have made an effort to evaluate the use of both: a low-dose corticosteroid (budesonide) and beta2-agonist (formoterol), in a single inhaler. Together, study lead author, Christopher Cates, M.D., at the Community Health Sciences of St. George’s at the University of London, and his team have tallied the efficiency of the novel inhaler along with the presently used different inhalers, which are used for the varying cycles of asthma treatment.

For this purpose, these experts have examined three studies which supposedly incorporated more than 4,000 patients who were suffering with chronic asthma. It was noted that in maximum studies, participants were usually treated with a single inhaler, containing the required dosage of budesonide/formoterol. While the patients who served as controls, were stated to have made use of a separate reliever inhaler for their prescribed inhaled corticosteroid.

The experts have concluded by saying that the single-inhaler therapy is a novel and a fascinating way of treating chronic asthma. However, a detailed analysis is said to be required before this novel therapy may be used. They believe that after the effectiveness of this novel therapy has been confirmed, it may be a popular approach used for patients suffering from moderate-to-severe persistent asthma.

This review has been published in The Cochrane Library.