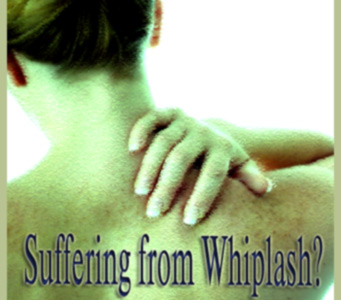 Recently we reported that whiplash patients recover faster with a positive attitude and now there is a new finding by some of the researchers from Sweden stating that women drivers have an increased risk of three times than men to suffer whiplash injuries if their car is being hit from behind.

The Umea University’s team has analyzed the data on 400 patients who suffered the injuries and found that women who sit closer to the steering wheel while driving have an increased risk of undergoing pain and through whiplash. The researchers also said that the crash-test dummies should reflect the women’s figure which would influence the seat design.

But quite a few dummies were used in the past, said the UK accident experts. The researchers went through the insurance company data of 400 whiplash injuries which were claimed during the 1990’s. The researchers then conducted their study on 200 men and women on how they adjust their car seats and the manner in which they drove their car and also the position of sitting.

The crash-test dummy and the human test results were compared and the BioRID is of same size as of the average man or a large woman. The conclusions derived were that women tend to sit higher and closer to the steering wheel and also have the seat back more upright and thus the chances get raised causing whiplash injuries. And also when compared to a driver’s seat (whether male or female) the front seat co-passenger has two times lesser risk.

The results of the dummy testing were that there were major differences in the seating adjustments and in the positioning, according to the researchers.

The researchers said, “Current crash dummies used to develop vehicle seats and neck supports, for instance, are geared to men of normal size, but not to women. This is especially true in regard to height.” They also stated, “Nor does testing methodology take into consideration differences between the sexes, or differences in sitting position between the driver’s seat and the front passenger seat.”

Bertil Jonnson who led the study and the rest of the researchers are planning for a new dummy test which would be structured to replicate an average-sized woman.

Mira, a researcher based in Nuneaton, Warwickshire conducts safety tests for all those cars which are sold across the globe. She further explained, “There are lots of different dummies out there,” a spokesman said. “No-one thinks they have got the definitive dummy.

“Which one is used depends on what part of the world you want to sell a car in and what specific tests you want to carry out.”

A spokesman for UK’s Royal Society for the Prevention of Accidents said, “A properly adjusted head restraint will help prevent whiplash by reducing the distance between the back of the head and head restraint, stopping the neck from bending back.”

Thus women should take proper measures while driving a car. To avoid whiplash injuries and other related pain in the body, the sitting position should be kept in mind for future benefits.