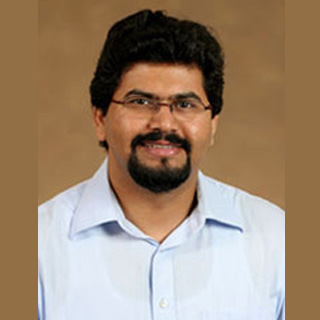 Researchers from the Florida State University College of Medicine are believed to have solved a century-old mystery about proteins which play a crucial role in the transfer of the human genetic code from one cell to another. Supposedly, this discovery could lead to finding novel ways to assist the body in fighting a variety of diseases, including cancer.

Since ancient years, the best scientific evidence appears to have been supported a principle that histones are highly stable proteins which do not quickly get degraded by the body. Histones are known to be responsible for packaging DNA inside the nucleus of cells.

However, scientists have previously been unable to explain why free histones fail to accumulate in big amounts within human cells. Free histones are noted to be the ones which are not degraded like other proteins.

Akash Gunjan along with co-authors Rakesh Kumar Singh, Marie-Helene Miquel Kabbaj and Johanna Paik, all from the College of Medicine was noted to have found proof supporting his theory that there are in fact two pools of histones.

The first pool of histones may be used in packaging DNA that is very stable and remains in the cell for more than a year in few cases. Whereas, the second pool of histones seems to be made in excess by the cells in order to ensure that enough histones are available for packaging the DNA.

Inadequate histones could possibly lead to cell death, while those excess histones are quickly degraded similar to other proteins.

“This has major ramifications for all the different things the DNA does. Because if DNA contains genes and DNA is packaged around histones, then histones are at the most fundamental level regulating whether those genes are turned on or off,” says an assistant professor in the department of biomedical sciences, Akash Gunjan.

If researchers are able to establish how genes for cancer and other diseases appear to be turned on or off, it may lead to ways in assisting the body to rid itself of or better control disease. For decades they have been fascinated by the way the body selectively makes use of proteins in important functions.

Like, the body seems to store or dispose of the proteins when they are not required. For instance, eating a hamburger is believed to require a specific set of enzyme proteins for digestion. If the enzymes are not deactivated or degraded after digestion, the consequences could possibly be devastating.

Gunjan further stated that, “They’ll start to digest things you do not want them to digest. After finishing your hamburger, if these enzymes started digesting proteins in your intestines, in your stomach wall and so on, that would not be a good thing.”

In order to manage proteins when they are not required, the body naturally appears to degrade them through a process known as proteolysis. However, histones in most cases may perhaps be preserved for an extensive period. This is because, they make it likely to fold strands of DNA measuring about 3 feet in length within the microscopic nucleus of a characteristic human cell. Allegedly, histones used in that process must be able to evade degradation in order to preserve the body’s ability to pass on its genetic code from cell to cell.

It was observed that histones, the first proteins to be purified, have been a topic of research for approximately 125 years. Apparently, the mystery evolved as researchers discovered that cells have multiple copies of histone genes.

“On the one hand, you cannot find the excess histones. On the other hand, if you propose it gets degraded, then you try to measure its rate of degradation and you find that it hangs around for several months to more than a year,” continues Gunjan.

Moreover, cells seem to make far more histones as compared to what is required for wrapping DNA. However, researchers seem to be unable to elucidate the apparent contradiction.

Gunjan was believed to have spent about five years looking for answers to the mystery before his discovery of two separate pools of histones.

“Not only did we show for the first time that histones are unstable — they get rapidly degraded — we also showed this has important consequences for DNA damage and repair processes that have a major impact on cancer formation,” says Gunjan.

Furthermore, previous investigations published by other researchers put forward that the recently discovered regulated histone proteolysis could possibly make considerable contributions to various diverse biological processes. It may range from the resetting of epigenetic marks on histones which assist in regulating gene expression, to sperm formation.

“All of this together suggests this is a very important phenomenon,” adds Gunjan.

This discovery seems to be significant because it sheds light on the way the body is able to regulate proteins for various complex tasks. Such information may possibly permit scientists to discover how to control protein regulation in order to fight cancerous cells and prevent other disease processes.

The findings of the research have been published in the journal Nature Cell Biology.