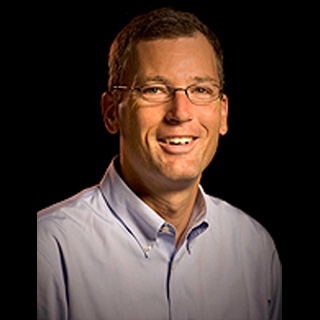 Having easy access to magnetic resonance imaging (MRI) scans may be a bad thing for people with new lower back pain. Because, these patients seem to be more susceptible in undergoing surgery if treated in an area with a higher-than-average concentration of MRI machines. Atleast this is what scientists from the Stanford University School of Medicine claim.

However, earlier studies have found that increased surgery rates may not improve patient outcomes. Low-back pain was noted to be the fifth-most frequent reason for physician visits in the United States, with approximately 26.4 percent of adults reporting low-back pain for a day or more during a three-month period in the year 2002.

Additionally, more than 80 percent of low-back pain seems to have been diagnosed as imprecise, a category which includes lumbar strains and sprains, degenerative disk disease and spinal instability.

“The worry is that many people will not benefit from the surgery, so heading in this direction is concerning,” says senior author of the study, Laurence Baker, PhD, professor of health research and policy.

Baker along with the first author Jacqueline Baras were believed to have correlated areas with high numbers of MRI machines to an increased likelihood that MRIs will be carried out on new low-back pain patients. In turn, high local MRI availability seems to have correlated with increased rates of low-back surgery.

“It is important that policymakers recognize that infrastructure matters, and that the number of MRI machines in any particular area may affect the volume and quality of health care that patients receive,” says Baras a Stanford medical student with a master’s degree in health services research.

MRIs are known to visualize the body’s internal structure thereby allowing doctors to exclude some specific causes of back pain. However, MRIs could possibly also detect abnormalities unrelated to back pain thereby prompting doctors to perform surgery that may not benefit the patient.

In order to determine how MRI technology influences patient treatment, the study experts were believed to have gathered data on traditional Medicare patients. Apparently, these patients were those who had received care for nonspecific low-back pain from the year 1998 through 2005.

Patient data seemed to have been linked with the number of MRI machines in the area. The areas of MRI availability were then observed to have been divided into four groups, from high to low. Also, the incidence of MRI scans and surgeries appear to have been determined in each group.

The study experts estimated that in the year 2004 there were about 5.4 percent fewer low-back MRIs and 9 percent lesser back surgeries. This result was such only if all Medicare patients stating new-onset low-back pain seem to have been living in the areas of lowest MRI availability.

It was noted that approximately two-thirds of the MRI scans that appear, result from increased availability occurred within the initial month of onset. Clinical guidelines seem to have recommended in delaying MRI use until four weeks after onset. This is so, because after this time most low-back pain patients show spontaneous improvement.

“Not only are patients in high-availability areas getting more MRIs, but they are getting them earlier,” adds Baras.

Baker further continued saying that, “The big issue is how we handle new and exciting technologies in ways that allow us to reap the benefits of medical advances, without letting all of our new things generate waste or, worse, actual reductions in patient well-being.”

John Birkmeyer, MD, professor of surgery and a health policy researcher at the University of Michigan, who was not involved in the Stanford study, stated that this study confirms fears that greater access to MRI technology could lead to more back surgeries.

“The net result is increased risks of unnecessary surgery for patients and increased costs for everybody else,” continues Birkmeyer.

The authors stated that between the year 2000 and 2005, the MRI availability in the United States appear to have more than tripled, from 7.6 machines per 1 million persons to 26.6 machines. It was noted that each machine costs more than $2 million and one low-back scan costs approximately $1,500.

Additionally, increased rates of scans and surgeries seem to be increasing the cost to treat low-back pain. Doctors and patients are believed to be facing difficult decisions when utilizing high-tech medical equipment, such as MRIs.

The findings of the study have been published in the online journal, Health Affairs.