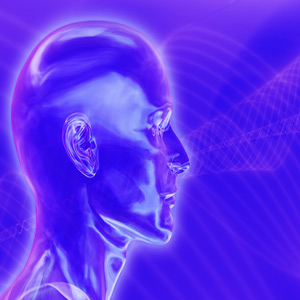 Neuroscientists may one day find out exactly what’s on your mind. Scientists have developed a mind-reading technique that in the future could perhaps allow them to visualize memories and dreams of other people. Reminds us of the sci-fi flick ‘Minority Report’, in which the police can read people’s minds in the future!

Scientists in the US led by professor Jack Gallant of the University of California, Berkely have build a computer that can “decode” brain activity signals from a scanner and match them to photographs of what a person has seen.

In the journal nature Professor Gallant said, “Imagine a general brain reading device that could reconstruct a picture of a person’s visual experience at any moment in time.”

Two scientists volunteered to look at the 1,750 images while data was recorded from their brains and linked mathematically to the points that make up a 3D thought image.

This link between brain activity and image was then used to identify which images were seen by each volunteer from a new set of 120, just by looking at their brain scans.

This technique currently works only on viewed images and not imagined ones. Also, it takes a couple of hours for the scanners to take the brain images. So, such a possibility of actually constructing images from a person’s mind could be a long way from here.

Professor Gallant said, “It is possible that decoding brain activity could have serious ethical and privacy implications in 30 to 50 years. We believe strongly that no one should be subjected to any form of brain-reading involuntarily, covertly or without complete informed consent.”