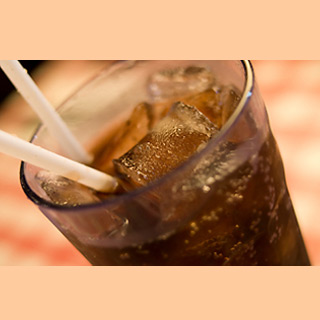 Would a tax persuade you to give up soft drinks? Many people are supposedly saying yes to it. Existing state taxes and levies on soft drinks seem to be reducing consumption and leading to slimmer waistlines. However, the effect appears to be usually small in magnitude. Atleast this is what the experts from Yale School of Public Health claim.

Soft drinks seem to have come under increased analysis in recent years as a source of obesity in children as well as adults. Also, soft drinks could perhaps be a contributor to a range of chronic diseases such as diabetes and cardiovascular diseases.

Therefore, many states are observed to be turning to a ‘sin’ tax in order to combat steadily growing rates of consumption. Higher taxes as compared to what are at present imposed on soda may have been used with normally effective results on tobacco and alcohol.

For the purpose of the study, Jason M. Fletcher along with his colleagues from Bates College and Emory University was believed to have analyzed the effectiveness of various forms of soda taxation on body mass index (BMI) over a 16-year period.

The findings revealed that an individual’s weight just mildly appears to respond to changes in taxation. For instance, about 1 percent tax increase may have resulted in a BMI decrease of 0.003 points, which is less than a tenth of a pound for a man of average height. Supposedly, the average current tax rate on soda is nearly 3 percent, though many states are considering further raise.

“Our results suggest that the current low, hidden rates of soft drink taxation in most states are not effective in substantially changing adult consumption. Our results leave open the possibility that large taxes that are communicated to consumers are still worthwhile to consider as policy options, but small tax changes will not work,” explains assistant professor, Jason M. Fletcher of Yale University.

Fletcher, along with David Frisvold of Emory and Nathan Tefft of Bates was further noted to have examined the impact of soda taxation on BMI in various states from the year 1990 to 2006.

They found that soda taxation seems to have a bigger BMI effect on those with lower incomes. Furthermore, the outcome seems to be more prominent for females and middle-aged and older individuals. Though, in all cases, the effects on obesity appear to be very minute.

The findings of the study have been published in the journal, Contemporary Economic Policy.