The HIV/AIDS virus is known to eat away the CD4+T lymphocytes (also known as CD4 T cells) that co-ordinate with the body to fight against harmful attacks. The CD4 T cells have regarded as the ‘brains’ of the immune system. 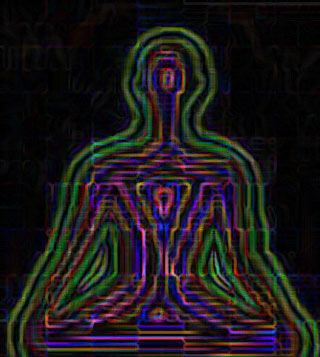 The deadly virus weakens the immune system and conquers the human body and has currently devastated the lives of 40 million people around the world. However, along with the HIV/AIDS virus, what seems to diminish the health of the patients is stress. Stress can rapidly reduce the level of CD4 T cells confirms a study. One solution that has been discovered to reduce stress and decelerate the progression of the disease is ‘mindfulness meditation’.

“This study provides the first indication that mindfulness meditation stress-management training can have a direct impact on slowing HIV disease progression,” said lead study author David Creswell, a research scientist at the Cousins Center for Psychoneuroimmunology at UCLA. “The mindfulness program is a group-based and low-cost treatment, and if this initial finding is replicated in larger samples, it’s possible that such training can be used as a powerful complementary treatment for HIV disease, alongside medications.”

Researchers conducted the study by making some participants attend eight-weeks of mindfulness-based stress-reduction (MBSR) meditation program and the rest were made to attend one-day MBSR control seminar. A comparison study was then done on both the groups. 48 HIV-positive adults from Los Angeles suffering from different types of stress and ethnically different were the participants in the study.

It was discovered that the participants in MSBR had not lost the CD4 T cells while the other group showed a significant decline in cells. “Given the stress-reduction benefits of mindfulness meditation training, these findings indicate there can be health protective effects not just in people with HIV but in folks who suffer from daily stress,” Creswell said.

The study was published in the online edition of the journal Brain, Behavior and Immunity.