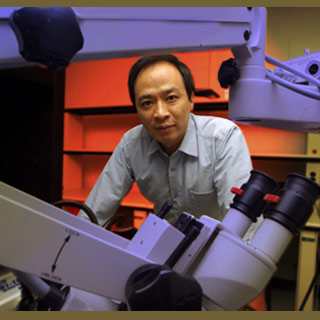 Researchers from the Medical College of Georgia and East China Normal University have discovered that over-expressing a gene that lets brain cells communicate merely a fraction of a second longer seems to make a smarter rat.

Hobbie-J is known to be the transgenic rat that was able to remember novel objects, such as a toy she played with, three times longer as compared to the average Long Evans female rat. Hobbie-J was believed to have got his name after a smart rat that leads in a Chinese cartoon book. Also, the Long Evans female rat seems to be considered the smartest rat strain.

The researchers also found that Hobbie-J was much better at more complex tasks as well, such as remembering which lane she last traveled in order to uncover a chocolate treat. They were noted to have first developed ‘Doogie,’ a smart mouse that over-expresses the NR2B gene in the hippocampus. Hippocampus is known to be a learning and memory center which seems to get affected in diseases such as Alzheimer’s.

They found that memory improvements in the latest genetically modified Long Evans rat appear to be very similar to Doogie’s. Additionally, subsequent testing seems to have shown that Doogie maintained superior memory as he matured.

“This adds to the notion that NR2B is a universal switch for memory formation,” says co-corresponding researcher, Dr. Joe Z. Tsien, co-director of the MCG Brain & Behavior Discovery Institute.

Researchers claimed that the finding also further confirms NR2B as a drug target for improving memory in healthy individuals as well as those struggling with Alzheimer’s or mild dementia.

NR2B is known to be a subunit of NMBA receptors, which are similar to small pores on brain cells that let in electrically-charged ions. These NMBA receptors could possibly increase the activity as well as communication of neurons.

Dr. Tsien, the Georgia Research Alliance Eminent Scholar in Cognitive and Systems Neurobiology is noted to refer to NR2B as the ‘juvenile’ form of the receptor because its levels decrease after puberty and the adult counterpart, NR2A, becomes more prevalent. He stated that though the juvenile form keeps communication between brain cells open perhaps only a hundred milliseconds longer.

However, this may be enough to considerably improve learning and memory and why young people tend to do both better. Furthermore, this trap door configuration that determines not just how much but how fast information flows seems to be unique to NMBA receptors.

They also found that Hobbie-J seems to have consistently outperformed the normal Long Evans rat even in more complex situations that necessitate association. For instance working their way through a water maze after most of the designated directional cues and the landing point were observed to have been removed.

Wang stated that the large black and white rats already may have been recognized for their superior intelligence. However, even a super rat has its drawbacks. For instance with one test, the rats were noted to have learned to alternate between right and left paths in order to obtain a chocolate reward.

The researchers also discovered that both seemed to have performed well when they only had to wait a minute to repeat the task, after three minutes only Hobbie-J could remember and after five minutes, they both forgot.

“We can never turn it into a mathematician. They are rats, after all,” says Dr. Tsien, noting that when it comes to actually complex thinking and memory, the size of the brain really does matter.

That’s one of the reasons why researchers pursue this type of research in order to notice if increased production of NR2B in more complex creatures, such as dogs and perhaps eventually humans could get similar results.

Dr. Tsien is also believed to have started to investigate whether magnesium can more naturally replicate the results which researchers have attained through genetic manipulation. Magnesium is known to be a mineral found in nuts, legumes and green vegetables such as spinach.

In addition, magnesium ion seems to block entry to the NMDA receptor so more magnesium forces the brain cell to augment expression levels of the more efficient NR2B in order to compensate. Supposedly, this is similar to how statin drugs help in reducing cholesterol levels in the blood by reducing its synthesis inside the liver.

Researchers were observed to have created Hobbie-J and Doogie by making them over-express CaMKII. CaMKII is known to be a rich protein that functions as a promoter and signaling molecule for the NMDA receptor.

Also, it functions something probably which could not be replicated in humans. Researchers claimed that they could safely and selectively erase old and novel memories similar in mice by over-expressing CaMKII while the memory was being remembered.

“We want to make sure this is a real phenomenon,” Dr. Tsien says the apparent connection between higher levels of NR2B and better memory. “You should never assume that discovery you made in a cell line or a mouse can be translated to other species or systems unless you do the experiments.”

He further stated that the failure of the latest drugs and other disappointments may perhaps result from the lack of adequate scientific evidence.

The transgenic rat is believed to have other practical significance as well. There seems to be considerable scientific and behavior data already obtainable on rats. This is due to rats being larger and it appears to be easier to do memory tests and record signals from their brain.

For instance, they seem to be strong enough to push levers to get a food reward and their size and comfort level with water thereby signifying that they won’t just float aimlessly in a water maze as ‘fluffy’ mice tend to do.

The research findings have been published in the scientific journal, Public Library of Science ONE.