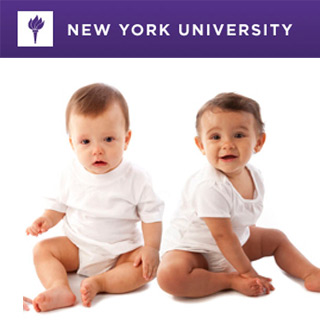 Though young children may be able to recognize that humans speak, monkeys grunt, and ducks quack, it’s unclear how they know which vocalizations each of these animals produce.

Although a lot is known about infants’ abilities to match properties of human voices to faces, such as emotion, it is unidentified whether infants are able to match vocalizations to the definite species that produces them.

Supposedly the researchers have investigated this question by asking whether young infants expect humans, but not other animals, to produce speech. Moreover, whether infants could recognize the sources of vocalizations produced by other species.

In order to do so, they were believed to have shown nearly five-month-old infants from English- and French-speaking homes a series of individually presented pictures of human faces and rhesus monkey faces paired either with human speech or with rhesus vocalizations.

Earlier research has revealed that when infants are presented with audiovisual stimuli, they tend to look longer at sounds and images that properly match. Hence, the researchers predicted that if infants identified the sources of vocalizations, they could possibly look longer when the vocalizations and faces matched.

Astonishingly, however, infants may possibly have been unable to match human-produced non-speech vocalizations, like laughter. Apparently, this suggested that infants are particularly tuned at an early age to some of the functional properties of speech.

The fact that infants were able to correctly attribute even unfamiliar Japanese speech to humans seems to increase the significance of the findings. However, a subsequent experiment designed to test infants’ ability to identity non-human vocalizations appears to have revealed the restrictions of their recognition.

The infants were observed to have been provided with three acoustic stimuli-human speeches, namely rhesus monkey calls, or duck calls-in tandem with the faces of humans and ducks.

In contrast to the initial experiment on human and rhesus monkey images and sounds, the infants seemed to have not looked systematically longer at the duck face when it was presented with a duck vocalization. This may perhaps suggest an inability to match ducks’ faces with their sounds.

The researchers claimed that the infants’ expectations about the sources of vocalizations appear not to be based on a simple connection between faces and voices and extend beyond their specific experiences.

This ability may perhaps assist infants in identifying their conspecifics even when they are out of view and allow them to identify the human-produced speech sounds that are relevant for language acquisition.

The findings of the research have been published in the Proceedings of the National Academy of Sciences (PNAS).