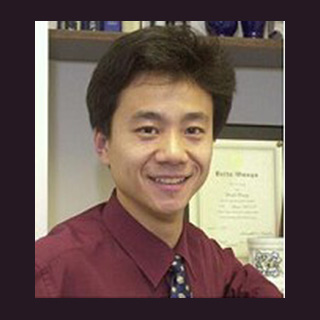 Reduced physical activity may perhaps do little in elucidating the raise in obesity rates among U.S. adolescents, according to a novel study from the Johns Hopkins Bloomberg School of Public Health.

Scientists are believed to have inspected concerns that the spike could perhaps be due to decreased physical activity linked with increased TV viewing time and other sedentary behaviors. For the purpose of the study, Wang, along with his colleagues was noted to have examined the patterns and time trends in physical activity and sedentary behaviors among U.S. adolescents based on nationwide representative Youth Risk Behavior Surveillance (YRBS) surveys from 1991 to 2007.

The survey was known to include U.S. high school students in grades 9 through 12. Moreover, the survey seems to have provided information about their physical activities including enrollment and participation in physical education in school and sedentary behaviors including screen time. Further, they compared these observed physical activity patterns with the national goals set in Healthy People 2010, a comprehensive agenda for improving the health of all Americans.

“Although only one third of U.S. adolescents met the recommended levels of physical activity, there is no clear evidence they had become less active over the past decade while the prevalence of obesity continued to rise,” says Youfa Wang, MD, PhD, MS, senior author of the study and an associate professor with the Bloomberg School’s Center for Human Nutrition and the Department of International Health.

Wang further added saying that, “During the recent decade, U.S. adolescents had greater access to TV, but significantly fewer of them watched TV for three or more hours per day. In addition, daily physical education attendance rates improved along with the use of physical education class in engaging in physical activity. However, there are considerable differences in the patterns by age, sex and ethnicity.”

They found that minority students seem to be less probable to be physically active and more likely to engage in sedentary behaviors in contrast to white students. Also, girls appear to be less active as compared to boys. In addition, decreased physical activity was observed to have been related with increase in age.

The huge gaps between the 2007 achievement and the 2010 targets may perhaps indicate that the goals are unlikely to be accomplished by 2010. Wang claimed that more vigorous efforts are required in order to assist young Americans to engage in sufficient regular physical activity and reduce sedentary behaviors, which will help in promoting good health. Besides physical activity, sedentary behaviors such as unhealthy eating could possibly play an essential role in explaining the recent increase in obesity.

The study ‘How Active are American Adolescents and Have They Become Less Active’ has been published in the online journal, Obesity Reviews.