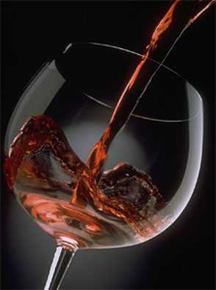 A new study has stated that specific polyphenols that are present in red-wine by-products may considerably reduce the ability of bacteria to cause cavities. According to researchers, the findings may also have importance in developing drugs against oral diseases.

The findings suggest that certain polyphenols present in large amounts, in fermented seeds and skins thrown away after grapes are pressed, interfere with the ability of bacteria to cause tooth decay.

The action of these polyphenols can also be utilized to reduce the ability of bacteria to cause life-threatening, systematic infections.

The study led by Hyun Koo, assistant professor of Dentistry within the Eastman Department of Dentistry and Centre for Oral Biology at the Medical Centre said, “Most foods contain compounds that are both good and bad for dental health, so the message is not ‘drink more wine to fight bacteria. We hope to isolate the key compounds within the winemaking waste that render bad bacteria harmless, perhaps in the mouth with a new kind of rinse.”

The current study was aimed at examining the make-up of polyphenols in red wine grape varieties and their ability to interfere with Streptococcus mutans (S mutans), the bacteria that produces the substances responsible for tooth decay: acid and the building blocks (glucans) of a dental biofilm called plaque.

For the study, the scientists prepared polyphenolic extracts from harvest season 2005 red wine grape varieties and pomace from wineries in the Finger Lakes region of New York. These included Pinot Noir from Hosmer Winery in Ovid, NY, Cabernet Franc from Cornell Orchards in Lansing, NY, Baco Noir from Pleasant Valley Winery in Hammondsport, NY and NoiretTM from Swedish Hill Winery in Romulus, NY.

The phenolic content of these varieties was found out, and the researchers chose grape pomace for its ready supply as an inexpensive source material. It was shown that red grapes contain 40 per cent more phenols content than white.

The researchers examined the impact of grape polyphenols on two capabilities of S mutans enabling it to thrive in the human mouth.

It was found that all polyphenol extracts inhibited two bacterial GTFs by as much as 85 per cent, an un-observed level of inhibition. Cabernet Franc extracts was found to be more effective GTF inhibitors, followed by Pinot noir.

Even Grape polyphenols were found to cause S mutans to produce significantly less acid. According to researchers, this may be because these polyphenols inhibit glycolysis; the process by which the bacteria turn sugar into energy also produces acid. However, no extract killed the bacteria outright.