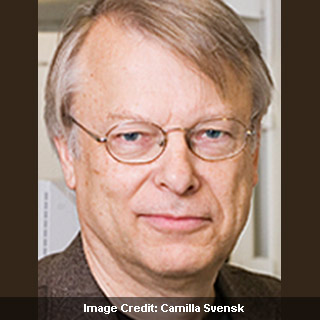 Scientists at Karolinska Institutet are believed to have discovered a mechanism that controls the brain’s ability to create long-lasting memories. Also, the study may have potential importance in the future treatment of Alzheimer’s and stroke.

The ability to convert new sensory impressions into lasting memories in the brain seems to be the basis for all learning. A lot is known about the initial steps of this process i.e. those that lead to memories lasting a few hours through which altered signaling between neurons seems to cause synapses. Synapses appear to be a series of chemical changes in the connections between nerve fibers. However, very little is understood about how the chemical changes in the synapses seem to be converted into lasting memories stored in the cerebral cortex.

“We are constantly being swamped with sensory impression. After a while, the brain must decide what’s to be stored long term. It’s this mechanism for how the connections between nerve fibers are altered so as to store selected memories that we’ve been able to describe,” says lead author of the study, Professor Lars Olson.

The team of experts recently discovered that signaling by means of a receptor molecule called nogo receptor 1 (NgR1) in the nerve membrane seems to play a crucial part in this process. When nerve cells are activated, the gene for NgR1 appears to be switched off.

Moreover, they assumed that this inactivation may perhaps be essential in the creation of long-term memories. For the purpose of testing this supposition, they created mice with an extra NgR1 gene that could possibly remain active even when the normal NgR1 was switched off.

“Doing this, we found that the ability to retain something in the memory for the first 24 hours was normal in the genetically modified mice. However, two different memory tests showed that the mice had serious difficulties converting their normal short-term memories to long-term ones, the kind that last for months,” explains Professor Olson.

In order to be able to switch the extra NgR1 gene on and off, the group was observed to have attached a regulatory mechanism to the gene. Apparently, this mechanism reacted to a nontoxic additive in their drinking water.

Later, when the extra gene was switched off, the mice seem to have retained their normal ability to form long-term memories. By subsequently switching it off at different times after a memory-forming event, the team appears to have been able to pinpoint the effect of the NgR1 gene to the initial week after such an event.

The scientists anticipate that their findings will ultimately be of use in the development of novel treatments for memory impairments, such as those related to Alzheimer’s and stroke. Furthermore, medicines planned to target the NgR1 receptor system may possibly improve the brain’s ability to form long-term memories.

The findings of the study have been published in the journal, Proceedings of the National Academy of Sciences.