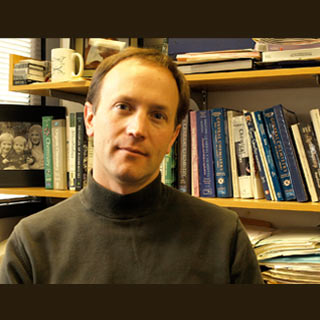 According to a latest research, a compound by now used to treat pneumonia could possibly become a novel therapy for an inborn muscular wasting disease. The researchers were from the University of Oregon and the University of Rochester School of Medicine and Dentistry in New York.

Apparently, the compound was amongst 26 tested in the UO lab of chemist J. Andrew Berglund. Furthermore, the U.S. Food and Drug Administration seem to have approved pentamidine for treating various diseases. These diseases include a severe type of pneumonia in people with weakened immune systems, in addition to leishmaniasis, sleeping sickness and some yeast infections.

However, levels used successfully in the experiments may be toxic in humans. With modifications, pentamidine could possibly be adapted to reverse RNA splicing defects that force type 1 myotonic dystrophy.

“The fact that a very small library of compounds yielded a molecule capable of reversing the splicing defects associated with DM1 in both cell and mouse DM1 models suggest that a small molecule strategy could lead to a drug for this disease,” says Andrew Berglund, a member of the UO Institute of Molecular Biology.

The experiments previously carried out seem to have recognized pentamidine and neomycin B as compounds that worked against abnormal genetic instructions. However, pentamidine appears to have been found to be the most effective in the mice.

This experiment was performed by former UO doctoral student M. Bryan Warf and Catherine M. Matthys, who has since graduated from the UO, and Rochester’s postdoctoral researcher Masayuki Nakamori, co-researchers Berglund and Dr. Charles A. Thornton, a neurologist at Rochester.

In a separate commentary in PNAS, Thomas A. Cooper of the Baylor College of Medicine in Houston hailed the findings, noting that the compound is the first to show such promise of reversing splicing defects. Cooper also noted that such a therapeutic approach is attractive because of the potential benefits to multiple organs affected by the disease.

DM1 is known to be caused by an expanded section of DNA in a gene on chromosome 19. Apparently, the expanded DNA results in production of longer-than-normal strands of RNA sequences, or repeats, of the chemicals cytosine namely uracil and guanine.

These abnormal pieces seem to get trapped in the nuclei of muscle fibers, and protein molecules called MBNL in each nucleus which become stuck to the CUG repeats. This may lead to errors in the splicing process in which essential proteins are made inaccurately or not at all. In turn, disruptions in muscle fibers appear to fall into changes in ion channels that impact the ability of muscles to relax after use.

The findings of the research revealed that pentamidine seems to have disrupted the complexes formed by the expanded repeats and the MBNL protein that sticks to them. Supposedly, this in turn permits the protein to return to its correct location in the cell.

“Although pentamidine is not ready for use as a therapy for DM1, this work does demonstrate that a small molecule strategy is a viable approach to this disease. Almost all human diseases are currently treated with small molecules. Pentamidine is an exciting lead compound because it is relatively easy to chemically modify, and hopefully one of these modified compounds could lead to a safe, long-term treatment for DM1 in the future,” explains Berglund.

The compound also appears to have inhibited interactions of MBNL with the cytosine-uracil-guanine repeats. In addition, it partially seems to have rescued two splicing errors in the mice. Berglund cautioned saying that pentamidine has not yet been examined in people with DM1, but its FDA approval for other uses is crucial.

The findings of the research have been published in the journal, Proceedings of the National Academy of Sciences.