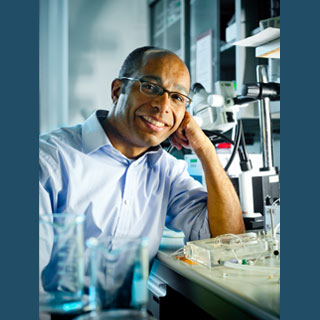 An international team of scientists led by Dr. Bernard Thebaud has established that stem cells may be able to protect and repair the lungs of newborn rats.

Babies who are born extremely premature i.e. before 28 weeks could perhaps not be able to breathe on their own. In order to help the babies’ lungs to develop, neonatal doctors seemed to be giving them oxygen and drugs for helping them breathe. These treatments supposedly add to a chronic lung disease known as Bronchopulmonary dysplasia (BPD). Currently there appears to be no treatment to heal the lungs of these premature babies.

Alberta is known to have the highest rate of premature births in Canada with a rate of 9.2% in contrast to the rest of Canada at 7.8%. It is believed that approximately 50% of babies born before 28 weeks will get chronic lung disease. Case studies have shown that as these babies grow up, they continue to struggle with lung disease thereby coping with reduced lung function and early aging of their lungs.

In this study, Thebaud’s team was believed to have simulated the conditions of prematurity by giving the newborn rats oxygen. Subsequently, they took stem cells derived from bone marrow and injected them into the rats’ airways.

“The really exciting thing that we discovered was that stem cells are like little factories, pumping out healing factors. That healing liquid seems to boost the power of the healthy lung cells and helps them to repair the lungs,” says Dr. Thebaud, an Alberta Heritage Foundation for Medical Research Clinical Scholar.

The team found that after two weeks, the rats treated with stem cells seemed to have been able to run twice as far and had improved survival rates. Moreover, when the team examined the lungs, they found the stem cells appeared to have repaired the lungs and prevented further damage.

The problem which the team faced with these tiny babies appears to be a serious one. When they are born too early, they just seemed to be unable to breathe on their own. In order to save the babies’ lives, they were noted to have put them on a ventilator and give them oxygen. This may have resulted in chronic lung disease for many of them. Before the next decade, the team plans to put a stop to this devastating disease.

“I want to congratulate Dr. Thebaud and his team. This research offers real hope for a new treatment for babies with chronic lung disease. In a few short years, I anticipate we will be able to take these findings and begin clinical trials with premature babies,” says Dr. Roberta Ballard, professor of pediatrics, University of California, San Francisco.

Presently, the team seems to be investigating the lasting safety of using stem cells as a lung therapy. They are observed to be analyzing rats at 3 months, and 6 months after treatment. More so, they are examining the lungs, checking their organs to exclude any risk of cancer.

Dr. Thebaud’s team is also exploring whether human cord blood could possibly be a better option as compared to bone marrow stem cells in treating lung disease. They are also inspecting closely the healing liquid produced by the stem cells. If that liquid can be used on its own to grow and repair the lungs that may perhaps make the injection of stem cells unnecessary.