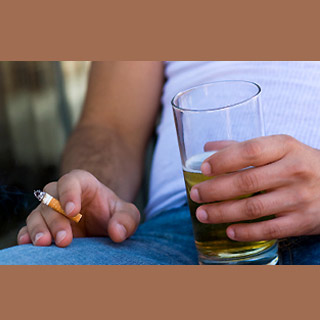 Every year, almost 50,000 Americans are detected with oral, pharynx and larynx cancers. Cigarette smoking and alcohol consumption prior to identification apparently augment the danger of these people to develop second head and neck cancers. But until now it was uncertain what function these ongoing habits played in by and large cancer survivorship.

A study from Yale University claimed that continuing to frequently smoke or consume alcohol following a finding of head and neck cancer could augment the odds of the patient to expire.

The study authors apparently trailed around 264 survivors of early stage head and neck cancer for about seven years. Patients were enlisted from approximately 49 hospitals in Connecticut and Florida. It was seen that around 21 percent smoked incessantly post diagnosis. The experts supposedly noted that those who smoked were two times more likely of dying as compared to the ones who did not. It was also apparently observed that those who carried on drinking often had three-fold chances of dying as opposed to those who did not.

Senior author Susan Mayne, associate director of the Yale Cancer Center and professor of epidemiology at the Yale School of Medicine and School of Public Health, commented, “We expected that continued smoking would be associated with poorer overall survival. We did not know what to expect for continued drinking, because moderate alcohol consumption has been associated with a lower risk of cardiovascular disease in the general population. Our results showed that continued drinking was harmful, even more so than continued smoking – an unexpected finding.”

Based on this outcome, Mayne mentioned that speeding up attempts to aid patients to give up smoking and drinking could lead to enhanced survival rates. Mayne is of the opinion that effective smoking and alcohol interventions may not only avert second cancers, but could also diminish the risk of dying.

The study was published in the Cancer Epidemiology, Biomarkers & Prevention, a journal of the American Association for Cancer Research.