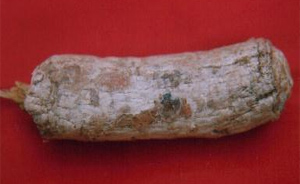 This treatment uses a novel phenol-bound pectic polysaccharide from the Decalepis hamiltonii plant species to treat multiple complications encountered when one suffers from ulcers. This plant is found in abundance in India.

As it is swallow root has been shown to be non-toxic as opposed to other known anti-ulcer drugs.