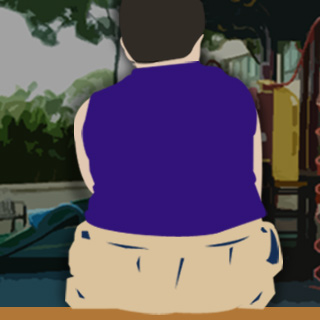 Water has many more benefits that one could imagine. According to a new study just by substituting water for all the sugar sweetened beverages a child could lose up to 235 excess calories per day. This study seems to have brought out an easy and useful way of avoiding childhood obesity. This study was led by Y. Claire Wang, MD, ScD, assistant professor of Health Policy and Management at Columbia University Mailman School of Public Health.

One of the main reasons for childhood obesity is believed to be the excessive calories that come along with sugar sweetened beverages. This study has suggested that children could stay healthy and avoid being over weight, by substituting water for beverages sweetened with sugar. This study has stated that such a practice did not seem to have any negative effect on one’s health.

“The evidence is now clear that replacing these ‘liquid calories’ with calorie-free beverage alternatives both at home and in schools represents a key strategy to eliminate excess calories and prevent childhood obesity,” said Y. Claire Wang.

The study experts are believed to have evaluated whatever the children ate and drank on two different days, with the help of the 2003-2004 National Health and Nutrition Examination Survey. They were then believed to have estimated the impact of water over sugar sweetened beverages. It is stated that even a can of soda or fruit drink replaced with water may help in cutting down the intake of calories.

“Making children and teens more active is important,” Dr. Wang noted, “However, simply eliminating the extra calories they don’t need from these sugary drinks can tip the energy balance in a major way.”

It’s stated that replacing water over sugar sweetened beverages aid in preventing a child from putting on weight, however they may not affect an under-weight child negatively.

The beverages are stated to be nothing more than sugar water, whose consumption was considered unnecessary for kids. Therefore replacing these beverages with water is believed to be the most ideal solution to avoid childhood obesity.

These findings have been published in the Archives of Pediatrics & Adolescent Medicine.