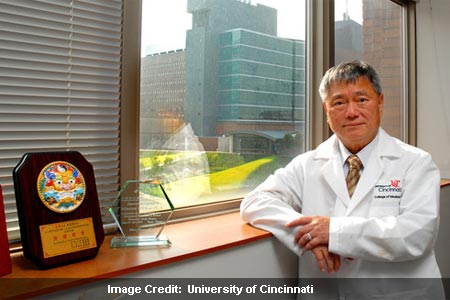 The experts found that transplantation of the human umbilical mesenchymal stem cells into mouse models that are deficient in the protein lumican helped restore the transparency of cloudy and thin corneas. With an ability to differentiate into a variety of cell types, mesenchymal stem cells are known to be ‘multi-potent’ stem cells.

“Corneal transplantation is currently the only true cure for restoration of eyesight that may have been lost due to corneal scarring caused by infection, mechanical and chemical wounds and congenital defects of genetic mutations,” Winston Whei-Yang Kao PhD, professor of ophthalmology remarked. “However, the number of donated corneas suitable for transplantation is decreasing as the number of individuals receiving refractive surgeries, like LASIK, increases.”

Mouse models that lacked the lumican gene also called lumican knock-out models were used by the experts as part of the research. The lumican protein apparently controls the formation and maintenance of transparent corneas.

Supposedly, the umbilical stem cells survived in the mouse stroma for over three months. It seems to have showed minimal or no rejection and appeared to have evolved into corneal cells to repair lost functions caused by mutations.

“Our results suggest a potential treatment regimen for congenital and/or acquired corneal diseases,” Kao additionally elucidated. “These stem cells are easy to isolate and can be recovered quickly from storage when treating patients. These findings have the potential to create new and better treatments—and an improved quality of life—for patients with vision loss due to corneal injury.”

The author is of the opinion that the availability of human umbilical stem cells is almost unlimited.

These findings were presented in San Diego at the 49th Annual Meeting of the American Society of Cell Biology.