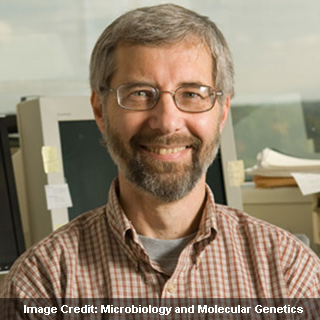 This news seems to reveal details about how enzymes mend DNA. Researchers from Michigan State University claim that by using a new cooling technique they developed, they apparently exposed the inner workings of a key iron-containing enzyme. This finding probably aids scientists to create new medicines or comprehend how enzymes fix DNA.

Taurine/alpha-ketoglutarate dioxygenase called TauD is said to be a bacterial enzyme that could be vital in metabolism. Enzymes in this family apparently mend DNA, sense oxygen and assist in generating antibiotics. Particularly, the MSU team was keen on finding out how iron and oxygen atoms responded jointly in the enzyme.

Comprehending how TauD functions, which apparently serves as a model for several other proteins, may have repercussions in the scientific and medical fields. This was mentioned by Robert Hausinger, MSU professor of microbiology and molecular genetics.

Hausinger commented, “This is a broad enzyme family with similar mechanisms. Understanding how TauD works sheds light on how many other enzymes function from bacteria to humans. This can be applicable to a wide variety of essential enzymes of medical and agricultural interest.”

For instance, grasping how the enzyme functions may aid researchers in planning inhibitors to avert it from doing its job, which may be a vital step in thwarting diseases. Moreover, comprehending how the iron injects oxygen atoms into other molecules could deliver insight into how enzymes metabolize most of the medical drugs or environmental pollutants in the human body.

Since comprehending how enzymes function could be extremely difficult, reactions frequently are intricate, quick and need numerous steps. The MSU team supposedly crafted a new technique to pursue the TauD reaction. The tricky part for scientists was to decelerate the reaction enough that the individual steps may be noted. Apparently, one way to reduce the speed of an enzymatic reaction is to cool it.

The team apparently utilized a stream of cold nitrogen gas to delay the reaction at -36 C (-33 F). To avert freezing and to keep the reaction going, the researchers used ethylene glycol. Once the reaction began, the team used lasers in a superior technique called Raman spectroscopy to follow the vibrations of iron and oxygen atoms in TauD to decide how the reaction advanced. They supposedly discovered never seen before steps in the TauD reaction, thereby capsizing conservative thinking.

The research was published in the Proceedings of National Academy of Science Early Edition.