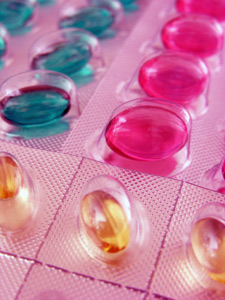 According to the UK government’s leading cardiac expert, men over 50 years of age should take a 3-in-1 ‘polypill’ every day to keep heart attacks at bay. This pill costs 1 British Pound.

Professor Roger Boyle, the Department of Health’s national director for heart disease and stroke has suggested that the ‘magical’ polypill will have a cholesterol-busting statin, aspirin and drugs to lower one’s blood pressure.

Regarding women, there is no such early requirement of the polypill since their hormones protect against heart disease until menopause that is.

One such polypill is currently being tested in New Zeland and Professor Boyle, who himself takes statins regularly, believed that taking a polypill to keep a check on one’s blood pressure and cholesterol levels at 50 will protect from future heart risks.

‘Although we have seen a decrease in death rates, heart disease remains our country’s biggest killer. It kills more than all the cancers put together. The short cut to all this is to say that when you are a man of 50, you need treatment,’ said Professor Boyle.

Boyle also stressed that people should understand the benefits of mess medication, as it could cut down the rate of heart attacks and strokes by 80 per cent.

However, critics of mass medication believe that it turns healthy people into patients and might make them neglect other factors such as exercise and diet.

For instance, Professor Peter Weissberg, medical director of the British Heart Foundation, warned about the side-effects of using the so-called magical polypill.

“The problem is that if you take a polypill and end up with a side effect, you don’t know which constituent is behind it. It is an interesting concept but you would need proper clinical trials to see if it has acceptable tolerability and works,” Weissberg was quoted as saying.