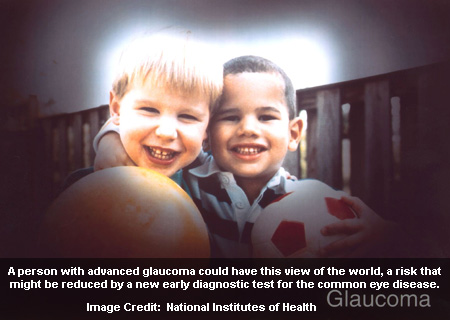 Glaucoma is believed to be a disease in which the optic nerve is impaired, thereby resulting in progressive, permanent loss of vision. It may usually arise when fluid pressure within the eye gradually augments as time passes. The fluid seems to press on the optic nerve, and injures it. Glaucoma apparently affects around 70 million people worldwide, counting roughly 2 million in the US.

Researchers are apparently accounting for progress toward an examination that could transform the identification of glaucoma by diagnosing the disease years earlier than when it generally happens currently.

In their ACS report, Yu and colleagues illustrated growth and early testing of a possible new early investigative technique. It seems to provide a foundation tool in chemistry labs, Raman spectroscopy, a possible new life in medicine. The method as applied in chemistry and other laboratories includes concentrating on a beam of infrared laser light, not visible to the human eye, into a test sample to obtain information about the sample’s composition.

Yu‘s technique applies Raman spectroscopy to shine laser light through the pupil of the eye. Optic nerve cells within the eye apparently disperse the light, thereby generating a rainbow-like ‘spectrum’ or pattern exposing the chemical composition of the cells. Researchers can then apply that snapshot to recognize biochemical alterations in retinal cells that seem to declare the incidence of glaucoma.

The research was published at the 239th National Meeting of the American Chemical Society (ACS).