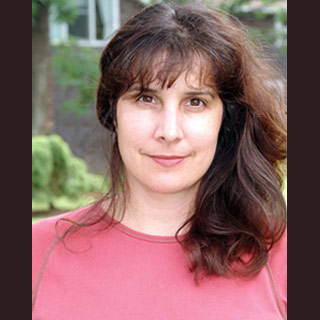 Oncologists have had their hands tied because more than half of all human cancers seem to have mutations that disable a protein called p53. As a critical anti-cancer regulator, p53 is known to organize numerous cancer-fighting operations within cells. When cells lose p53, tumors supposedly grow aggressively and usually cannot be treated.

These tumors may perhaps be tough, but they’re not invincible, suggests a novel study from Cold Spring Harbor Laboratory (CSHL). According to the study authors, the crack in the tumors’ armor appears to be a protein called TAp63, an older sibling of p53 that’s generally intact and not mutated in majority of the cancers.

Alea Mills along with her team was believed to have accomplished in shutting off the growth of tumors in which p53 is missing by turning up the production of TAp63 proteins. Apparently Tap63 makes up one class of proteins produced by the p63 gene.

Additionally, the team found that TAp63 appears to completely block tumor initiation via inducing senescence. Senescence seems to be a condition of growth arrest in which tumor cells are still metabolically alive but fail to divide. More significantly, turning up the levels of TAp63 in cells that did not have p53 could possibly have blocked the progression of recognized tumors in mice.

“We were very excited to see that TAp63 shuts down cancer completely independently of p53. This means that we now have a way of attacking cancers that have damaged p53, which are very difficult to treat in the clinic.” says CSHL Associate Professor Alea Mills, Ph.D.

“p63 is a double-edged sword,” says Mills, who discovered it when she was a postdoctoral author almost a decade ago.

Of the six diverse proteins that are produced from the p63 gene, three are believed to promote activities that could result into cancer. Whereas the remaining three, which are TAp63 versions, seem to do the opposite i.e. prevent cancer by triggering senescence. This triggering senescence is known to be a process that shuts down the tumor.

By means of a genetic maneuver called chromosome engineering, the CSHL team has discovered that TAp63 appears to stave off cancer through senescence. This plan was noted to have enabled them to particularly wipe out the TAp63 proteins while leaving the other p63 proteins intact.

When the authors exposed the cancer-causing protein Ras, they found that normal cells seem to have undergone senescence and could not form tumors. However, cells without TAp63 appear to have failed in undergoing senescence and developed into massive tumors.

When p53 and TAp63 were both missing, Ras may have caused tremendously quick and aggressive tumors. This tumor growth was observed to have been much more severe as compared to tumors lacking either TAp63 or p53. Further, this suggests that the two related proteins, working together could possibly be packing a stronger anti-cancer punch than either one alone.

The team also found that TAp63 may also substitute for p53 in its ability to stop tumor growth. When TAp63 was turned on in Ras-producing cells that were missing p53, tumors seem to have never started. This suggests that TAp63 seems to supersede cancer-promoting signals and prevents cancer from even forming.

The team went a step further and showed that besides blocking the initiation of tumors, TAp63 could perhaps also shut down tumors that were already recognized. With help from Professor Scott Lowe, Ph.D., another author at CSHL, Mills’ team was believed to have hereditarily tricked tumors into producing TAp63 when they were exposed to a compound called doxycycline.

After being able to turn on TAp63 at will, the team appears to have transferred these cells which lack p53 and overproduce Ras into mice and examined for tumors. Once the tumors were formed, a ‘mouse clinic’ seems to have been set up. Evidently, in this clinic about half of the ‘patients’ were treated with doxycycline in order to induce TAp63 production, whereas the other half were given a placebo.

The findings revealed that tumor growth seems to have continued in the placebo group, with the tumors becoming five times larger within a week. On the contrary, the tumors in the mice that had been exposed to doxycycline appear to have been suddenly shut down. Also, the tumors seem to have even shrunk in size.

Mills was of the opinion that the tumor cells may have disappeared because the recently senescent cells can attract the attention of the immune system, which has the ability to destroy them. She put forward that strongly activating TAp63 could perhaps be a viable anti-cancer strategy in the future. On the other hand, finding ways to stabilize the TAp63 that is already being made in cells or blocking pathways that combat TAp63 activities may also function.

The findings of the study ‘Tap63 induces senescence and suppresses tumorigenesis in vivo’ have been published in the journal, Nature Cell Biology.