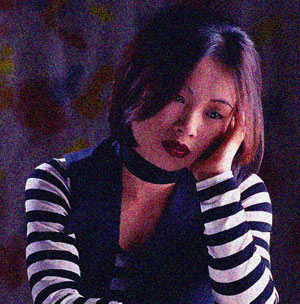 Researchers at the University of Edinburgh have found that people with bipolar disorder, which is also known as manic depression, suffer from an accelerated shrinking of their brain.

The study shows for the first time that bipolar disorder – a condition characterized by periods of depression and periods of mania – is associated with a reduction in brain tissue and proves that the changes get progressively worse with each relapse.

The findings, published in the Journal of Biological Psychiatry, show that the loss of grey matter tissue is concentrated in areas of the brain which control memory, face recognition and co-ordination – namely the hippocampus, fusiform and cerebellum respectively.

Dr. Andrew McIntosh, senior lecturer in psychiatry and lead researcher, said: “For the first time, we have shown that as people with bipolar disorder get older, a small amount of tissue is lost in parts of the brain that are associated with memory and the coordination of thoughts and actions. The amount of brain tissue that’s lost is greater in people with multiple episodes of illness and is associated with a decline in some areas of mental ability.

“Although we do no yet know the cause of this brain shrinkage, it may be that repeated episodes of illness harm the brain and lead to the decline. Another possibility is that the brain changes are caused by stress or genetic factors, which tend to lead both to more frequent illness episodes and to greater brain loss. Further research will be required,” he added.

Bipolar disorder, in its severe form, is a serious mental illness which affects around half a million people in the UK alone. When people have mania they are typically elated, overactive and need less sleep. They may also suffer from delusions or hallucinations, and are at significant risk of suicide. Once someone has an episode of bipolar disorder, the condition tends to be life long.

This discovery has implications not only for the way the disease is researched, but may also impact the way this condition is treated.