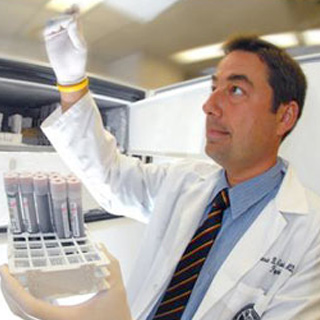 Bipolar disorder is said to be a psychiatric diagnosis that seems to describe a category of mood disorders categorized by the attendance of one or more incidents of unusually high energy levels, cognition and mood. Genetic testing may rise to a new level with the discoveries of Indiana University School of Medicine scientists.

Dr. Alexander B. Niculescu III, associate professor of psychiatry and medical neuroscience at the IU School of Medicine and director of INBRAIN at the IU Institute of Psychiatric Research headed the study. He and his colleagues supposedly used two diverse populations from big scale genetic studies and pitted those individuals’ genes against a minute panel of 56 genes caught up in bipolar disorder to forecast who seems to have a predisposition to the disease.

The examination resulted in a genetic risk prediction score that seems to signify high or low possibility for contracting bipolar disorder.

Niculescu commented, “The coupling of a high score with certain environmental factors may be a predictor, not a certainty, that the individual will develop bipolar disorder. Unlike some genetic predisposition to diseases like Huntington’s or cystic fibrosis, the variances in genes that can predispose people to mood disorders are found in all of us. What we are learning is that it may take a combination of factors — too many gene variances in the wrong environment and you are at higher risk.”

The prognostic importance of the genetic threat issues could be helpful in screening prior to the manifestation of the disorder clinically and the interventions to reduce stress. Also regulating usual sleeping hours and other life style aspects could turn out to be an environmental restriction for suffering from bipolar disorder.

Closer follow-up and earlier therapeutic intervention could be helpful for people who seemed to be at an elevated risk.

The research was published in the online edition of the American Journal of Medical Genetics Part B: Neuropsychiatric Genetics.