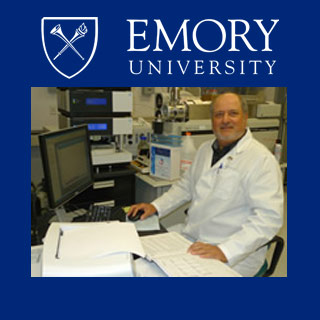 HIV apparently can be treated with certain drugs. However, it seems that the four drugs used for the treatment can inhibit a retrovirus that has recently been linked to prostate cancer and chronic fatigue syndrome. This discovery has been made by a team of scientists from the Emory University/Atlanta Veterans Affairs Medical Center and the University of Utah.

In 2006, XMRV (xenotropic murine leukemia virus-related virus) was detected in certain prostate cancer patients’ tumor biopsies. However, the exact role played by XMRV is still in the dark. The findings from this study seem to suggest that if XMRV is proved to be a cause relating to prostate cancer or chronic fatigue syndrome, they can be treated with drugs approved for HIV treatment.

A recent report from the Whittemore Peterson Institute, Nevada detected XMRV in a majority of chronic fatigue syndrome patients. However the results still await laboratory confirmation.

“Not all studies that have looked for XMRV have been able to detect it in prostate cancers or in samples from chronic fatigue syndrome. We will need to see the results of clinical trials before these drugs can be used in a clinical setting,” elaborated Ila Singh, MD, PhD, associate professor of pathology at the University of Utah, School of Medicine.

It is believed that raltegravir is the most effective drug against XMRV. The drug was produced by Merck and sold as Isentress commercially. The drugs usage, until 2007 was restricted by the FDA only to HIV infected patients resistant to other drugs. However in 2009, it was expanded to all HIV infected persons.

Apart from raltegravir, three other elements inhibit the XMRV replication. These include the integrase inhibitor and AZT and tenofovir DF and two reverse transcriptase inhibitors. This implies that the drugs can be utilized in combination therapy, which seems to be quite effective against HIV. This combination therapy may aide in preventing the drug resistant forms of the virus.

Raymond Schinazi, PhD, DSc, professor of pediatrics and chemistry at Emory’s Center for AIDS Research and the Atlanta VAMC comments that, “Our study showed that these drugs inhibited XMRV at lower concentrations when two of them were used together, suggesting that highly potent ‘cocktail’ therapies might inhibit the virus from replicating and spreading. This combination of therapies might also have the added benefit of delaying or even preventing the virus from mutating into forms that are drug-resistant.”

Even though XMR and HIV are retroviruses, they are far from similar with respect to protein levels. Scientists apparently have proven that several retroviruses can cause cancer in animals, but only a few are known to infect humans. These viruses include human T-lymphotropic viruses 1 and 2, HIV, and now XMRV. The team is now trying to examine the development of resistance in XMRV to raltegravir and other drugs.

Scientist Singh, recently led a study that demonstrated the presence of XMRV in 27 percent of prostate cancers examined. The virus in these cases was more likely to be found in the most-aggressive tumors. XMRV may promote cancer by integrating into the host cell DNA and warping the cell’s regulation of its own genes.

The findings of the study were published on April 1 in the journal PLoS One.