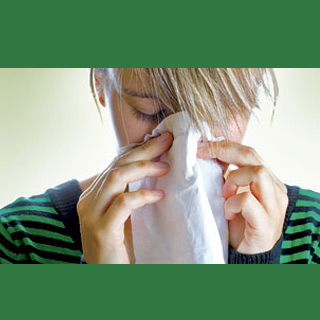 Did you know that excessive cleanliness may actually be one of the reasons for allergies in developed countries? Yes, this may sound bizarre but this is what a study author, Dr. Guy Delepessee from Montreal University claims. He mentions that allergies have apparently become quite common in developed countries. Conditions such as hay fever, eczema, hives and asthma seem to have become increasingly widespread. Supposedly, too much cleanliness is the cause of this.

Allergies are seemingly caused due to past family record, air pollution, processed foods, stress, tobacco use and many more. Yet one’s restricted exposure to bacteria apparently worries Dr. Delespesse, who is also director of the Laboratory for Allergy Research at the Centre hospitalier de l’Université de Montréal.

Dr. Delespesse commented, “There is an inverse relationship between the level of hygiene and the incidence of allergies and autoimmune diseases. The more sterile the environment a child lives in, the higher the risk he or she will develop allergies or an immune problem in their lifetime.”

In 1980, roughly 10 percent of the Western population suffered from allergies. Now it has apparently increased to 30 percent. In 2010, 1 out of 10 children is claimed to be asthmatic and the mortality rate ensuing from this affliction augmented 28 percent between 1980 and 1994.

Dr. Delespesse mentioned, “It’s not just the prevalence but the gravity of the cases. Regions in which the sanitary conditions have remained stable have also maintained a constant level of allergies and inflammatory diseases. Allergies and other autoimmune diseases such as Type 1 diabetes and multiple sclerosis are the result of our immune system turning against us.”

He added, “The bacteria in our digestive system are essential to digestion and also serve to educate our immune system. They teach it how to react to strange substances. This remains a key in the development of a child’s immune system.”

Even though hygiene may decrease one’s contact with injurious bacteria it also supposedly restricts their exposure to useful microorganisms. Due to this, the bacterial flora of one’s digestive system is apparently not as rich and branched out as it used to be.

Dr. Delespesse recommends probiotics to enhance our intestinal flora. Probiotics utilize intestinal bacteria that seemed to encompass a favorable influence on health. Apparently, they have been used for quite some time to make yogurt. Probiotics appeared to have an established effect on treating diarrhea.

Dr. Delespesse mentioned that consuming probiotics during pregnancy could help reduce allergies in the child. They are not a miracle remedy, yet they are one of many elements that improve one’s diet and health.