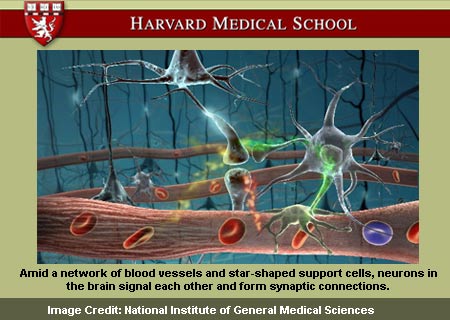 The working of the brain has baffled many a scientists for centuries. And only recently, neurobiologists have started putting together the molecular building blocks that allow human beings to be ‘thinking’ animals. Now a newly discovered class of RNA molecules may help explain the long-standing scientific question as to how external events turn on genes that could help formulate the connections among cells in the human brain over time.

These molecules are called enhancer RNAs and appear to operate globally across the genome within neurons. According to the scientists these findings could shed light on a mechanism that neurons adopt to regulate gene activity in response to external stimuli. Surging proof cites this specific process of regulation to be the core of a number of cognition disorders counting autism spectrum disorders.

The scientists reveal that this particular set of RNA molecules which were seemingly considered to be no more than a genomic oddity widely are actually major players in brain development. Apparently, they are important for regulation of the process by which neurons may absorb the external environment into their genetic accouterment.

This new research was put forth by Michael Greenberg, Nathan Marsh Pusey professor and chair of neurobiology at HMS, in collaboration with bioinformatics specialist and neuroscientist Gabriel Kreiman, assistant professor of ophthalmology at Children’s Hospital Boston.

“This discovery may inform disorders of cognition such as autism spectrum disorders,” explains Greenberg. “It’s incredibly important to know all about the brain’s genetic regulatory mechanisms in order to think more deeply about how to develop therapies for treating these sorts of conditions.”

Reportedly for more than 25 years, Greenberg and his lab have been demystifying the means that permit the outside world to have a deep and lasting effect on neuronal genes. On stimulation of a neuron by external excitation, it is claimed to release chemicals called neurotransmitters with the most common one being glutamate. A chain of events are set in motion after the neurotransmitter has attached to a receptor on the neuron surface. This could affect genetic activity of the cell, consequently helping in the modification of synaptic connections between neurons.

To better comprehend the workings of a cell, the scientists employed two types of high-throughput, next-generation sequencing technologies namely RNA-Seq and CHIP-Seq. They got up close to the cellular action by working with mouse brain cells in culture. The researchers used RNA-Seq to recognize with great sensitivity the RNA sequences which may be newly synthesized when a neuron is stimulated in a way that imitates the effect of a neurotransmitter. This in turn could set off a domino-like cascade of intracellular signals.

Using CHIP Seq, the researchers could then identify and sequence to gain the genomic ‘address’ and the regulatory factors that may be controlling the expression of all the genes. These are genes that seem to be switched on in these brain cells by the stimulus. The scientists found that individual and disparate stretches of DNA that seemed to be amplifying the genes’ activity, increasing the process of messenger RNA and protein production was present. Called ‘enhancer regions’, these bits of DNA were revealed to often target their genes over vast genomic distances.

Nevertheless, the most important finding was that these enhancer regions attained this phenomenon by generating their own RNA molecules. Besides, these enhancer RNAs, or eRNAs, were rendering strong enzymatic processes that could be essential for a gene to create protein. There’s no clear picture as of now how these eRNAs accomplish their synaptic-building tasks, or even where they travel to within the neuron once they are produced. Yet they may offer an insight eventually into how we understand certain neurological and psychiatric disorders that involves the regulation of gene activity.

This research was published online April 15 in the journal Nature.