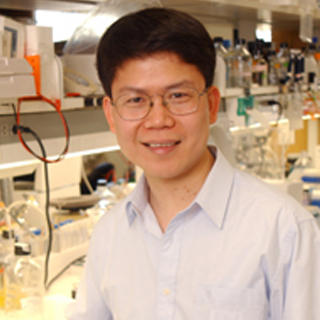 This news appears to focus on possible ways to combat viruses. A research from UT Southwestern Medical Center has seemingly discovered how a protein that usually binds onto molecules within cells and marks them for annihilation also apparently provides life to the body’s immune reaction against viruses.

The scientists found out that a particular type of the ‘death’ protein ubiquitin communicates with another protein known as RIG-I, but does not seem to mark it for destruction. Instead, this type of ubiquitin supposedly attaches to and triggers RIG-I, which is seemingly known to activate the body’s immune system when a virus attacks a cell.

Dr. Zhijian ‘James’ Chen, professor of molecular biology at UT Southwestern, senior author of the study and colleagues reconstituted vital constituents of the human innate immune system in laboratory test tubes. They apparently discovered that ubiquitin appears to form an exclusive chain-like structure that links with RIG-I before RIG-I may get to work combating viruses. The innate immune system is claimed to be the body’s first generic response against assaulting pathogens.

Dr. Chen, an investigator for the Howard Hughes Medical Institute at UT Southwestern, commented, “Activation of RIG-I is the first line of our immune defenses against viral infections. Understanding how it comes to life is a key step in developing new approaches to antiviral therapies. Having this test-tube system could help us identify substances that enhance the body’s antiviral immunity.”

Dr. Chen said his team’s experiments seemingly indicate the first time innate immunity has been recapitulated in a test tube. The discoveries offer one of the missing pieces in the complicated puzzle of how the body combats infection. Dr. Chen is said to be now concentrating on how activated RIG-I communicates with another protein called MAVS, also vital for immune response.