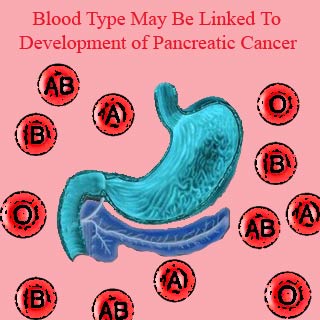 A latest study has provided a new clue regarding the biology of pancreatic cancer. They have provided additional data to support the age-old association made between blood type and the risk of developing this type of cancer. This study was conducted by the Dana-Farber Cancer Institute.

It is estimated that in the U.S., around 40,000 people get diagnosed with pancreatic cancer every year. It is stated that the risk of people developing this type of cancer is relatively quite low. However people with blood types A, B, or AB were more likely to develop this disease as compared to people with blood type O.

Study lead author, Brian Wolpin, MD, MPH, says that, “Except for several rare familial syndromes, the genetic factors that raise or lower an individual’s risk for pancreatic cancer are largely unknown. Studies done several decades ago suggested a link between blood type and the risk of various malignancies, including pancreatic cancer, but they were limited by the fact that they ‘looked back’ at cancers that had already occurred and involved relatively few cases. We wanted to see if the association held up using modern patient cohorts and research techniques.”

Wolpin says that, “The association between blood type and pancreatic cancer risk provides a new avenue for getting at the disease’s underlying biological mechanisms. Understanding the biology will put us in a better position to intervene so the cancer doesn’t develop or progress.”

Having said this, it is also pointed out that their findings do not provide a direct link between blood type and the development of pancreatic cancer. The study findings were based on an evaluation of the connection between blood type and the occurrence of pancreatic cancer in subjects of two health-tracking studies; namely, the Nurses’ Health Study and the Health Professionals Follow-Up Study.

Their findings are published online in the Journal of the National Cancer Institute.

Pregnant Women must take Special Care when Traveling by Air