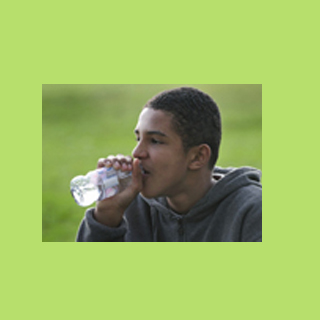 Type 2 diabetes is said to be a disorder that is typified by high blood glucose in the context of insulin resistance and relative insulin deficiency. Indications of type 2 diabetes are presumably already there in UK children of South Asian and African-Caribbean origin at age ten, as per a study. The discoveries could aid in identifying at-risk children at an earlier age and may offer opportunities for early prevention.

It is a known fact that South Asian and African-Caribbean adults living in the UK appear to encompass an elevated threat of type 2 diabetes as compared to white Europeans. The study divulges that indications of disease are apparently seen in childhood. The outcomes seemingly arrive from the Child Heart and Health Study in England (CHASE), which observes the health of British children, aged nine and ten in London, Birmingham and Leicester. Study authors from St George’s, University of London examined blood samples from roughly 4796 children.

Even at this young age, tests divulged that children from South Asian families had apparently augmented levels of blood markers that are said to be linked to type 2 diabetes. Black African-Caribbean children also supposedly encompassed elevated levels of risk factors as compared to white children, but the difference was said to be less noticeable.

Professor Peter Whincup, who headed the study, commented, “These findings are particularly important in light of the growing problem that type 2 diabetes represents worldwide. They suggest that at least some of the causes of ethnic differences in the prevalence of diabetes are working before adult life. We know that being physically active, eating healthily and avoiding being overweight help all children to lower their long-term risks of type 2 diabetes, but we need to do more research to find out which particular factors make Asian and African-Caribbean people more likely to develop diabetes, so that we can establish the most effective measures for preventing the disease from an early stage in life.”

Approximately 2.5 million people living in UK suffer from diabetes. South Asian people in the UK are said to have roughly three times more chances to develop type 2 diabetes as compared to white Europeans. Also for African-Caribbeans, it is claimed to be almost twice the risk.

People having this condition are believed to be less receptive to the hormone insulin, which is said to be vital for controlling blood sugar levels. Long-term, this could result in kidney failure, blindness and an augmented danger of heart disease and stroke, but the disease may be managed with diet and exercise.

The study was published in PLoS Medicine.