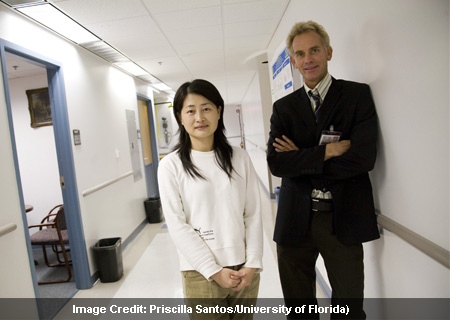 Anti-aging supplements are either made of mixtures or single compounds. A research conducted by the University of Florida revealed that anti-aging supplements made of mixtures seem to be more appropriate in avoiding the decline in physical function, than those made of single compounds. The researchers claimed that the intake of neutraceuticals before very old age may aid in improving physical function.

The investigators first observed the possible benefits of consuming an anti-aging supplement made of mixtures, for relieving chronic fatigue and protecting against muscle aging. This supplement is comprised of the antioxidant coenzyme Q10, creatine and ginseng. Creatine is a compound that enhances muscle performance and ginseng displays antioxidant properties.

Christiaan Leeuwenburgh, Ph.D., senior author of the paper and chief of the biology of aging division in the UF College of Medicine shared, “I think it is important for people to focus on good nutrition, but for those of advanced age who are running out of energy and not moving much, we’re trying to find a supplement mixture that can help improve their quality of life.”

Since the grip strength in rats is considered to be analogous to physical performance in humans, the degeneration in grip strength may provide important data about muscle weakness or loss. Although the grip strength of middle-aged rats was improved by 12 percent, the same was not registered by the older group.
Jinze Xu, Ph.D., first author of the paper and a postdoctoral researcher at UF, remarked, “It is possible that there is a window during which these compounds will work, and if the intervention is given after that time it won’t work.”

Various tests were conducted on both the groups by the investigators. Claiming to have measured the function of mitochondria and grip strength, they discovered that the figures contradicted each other. A 66 percent improvement in mitochondrial function in the middle-aged rats was probably revealed by the stress tests. But the older rats did not display signs of improvement. This helped the researchers to conclude that, the intake of supplements can be considered to be more beneficial before entering old age.

The tests indicated no improvement in the physical performance or mitochondrial function of older rats and the scientists observed a reduction in the levels of oxidative damage. This shows that compounds may prove to be more effective in older age to enhance the functioning of mitochondria.

Leeuwenburgh said, “It’s going to be very important to focus less on oxidative stress and biomarkers, and focus on having sufficient energy. If energy declines, then you have an increased chance for oxidative stress or failure of repair mechanisms that recognize oxidative damage — we’re seeing that the health of mitochondria is central to aging.”

The strategy seems to be simple, in order to cherish improvements in multiple functions of the body; multiple compounds have to be considered. However, further research is being conducted to discover the various factors that may help in enhancing the physical performance of an individual.

The research was published in the journal PLoS.