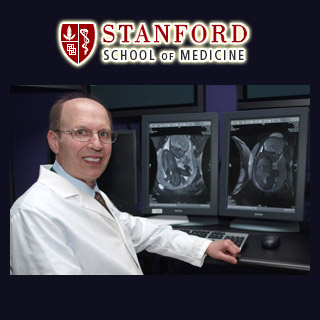 In a case that apparently is a first-of-its-kind for United States, the radiology team at Lucile Packard Children’s Hospital, detected an often misdiagnosed genetic disease. The disease in question is the congenital chloride diarrhea (CCD), which causes serious dehydration and metabolic disturbances in newborns if there is a lapse in treatment.

The disease is claimed to be rare with only 250 cases being reported worldwide. Moreover due to misdiagnosis of the disease, children are often mistakenly given medication for other diarrhea-causing ailments.

“This is a disease where early diagnosis is the key to a good outcome,” said Richard Barth, the physician responsible for the correct diagnosis of CCD. “If the patient’s fortunate, you could stumble onto this diagnosis,” reports Dr. Richard Barth. The case is the first occurrence of CCD being handled by Dr. Barth.

This case is among the only four cases detected via prenatal MRI. Out of these four, three have been reported from France, while the one diagnosed by Dr. Barth is a first in the US. Barth’s case came about in February 2009, when an expectant mother was referred to him following an abnormal prenatal ultrasound. The ultrasound revealed the typical case of bowel obstruction.

To check further on the fetus, Dr. Barth instructed for an MRI scan, which showed rather surprising results. The fetal colon was not filled with solid waste as expected, but was rather filled with fluid. This clue, uncovered due to Packard team’s proficiency in fetal MRI, directed Barth towards the incomprehensible diagnosis of CCD.

Barth joined hands with obstetrics and neonatology teams in the hospital’s Johnson Centre for Pregnancy and Newborn Services to guarantee that the baby’s fluid and electrolyte levels would be kept a tab on since birth. This assurance was needed as the gene mutation that leads to CCD ruptures the salt-transporting protein in the intestine. This damage deters the body from absorbing vital electrolytes, thereby leading to large amounts of watery, high-salt diarrhea.

“These babies can go into shock and die because of the tremendous electrolyte imbalance at birth,” said Maurice Druzin MD, professor and service chief of obstetrics and gynecology at Packard Children’s.

Druzin further added that had there been no prenatal diagnosis, the baby could have been in serious trouble by then. Patients who live through the early years may suffer permanent kidney damage, feeding problems, severe malnutrition and delays in growth and motor development.

“In this case, the neonatology team was not just monitoring the baby’s electrolytes, but also taking special precautions in terms of feeding,” said neonatologist Susan Hintz MD, associate professor and medical director of the Center for Comprehensive Fetal Health & Maternal and Family Care at Packard Children’s. “We took these steps due to the strong possibility that this was CCD.”

Infants, who get diagnosed for the disease early on in their life, can receive treatment that is a simple intravenous fluid and salt replacement treatment, which will compensate for the ongoing diarrhea. As they grow older, they may either take-in extra liquids and salts by mouth or they can choose for a new treatment. In the case Dr.Barth diagnosed, the patient is taking oral medication which helps her with the body’s salt uptake and reduces diarrhea. Even though these treatments do not completely get rid of the disease, they do somewhat help the patient lead a normal healthy life.

Neonatologist Hintz says that, “Dr. Barth’s experience with difficult cases and the depth of his familiarity with the fetal imaging scientific literature really helped our entire team provide the best possible care for this mother and baby.”

The patient who was diagnosed with the disease is now a healthy 1 year old, and her parents mention that she has started walking and even has three teeth now.

The mother elatedly thanks Dr. Barth by saying that, “He went out on a limb by diagnosing our baby with an extremely rare disorder and then stood behind his diagnosis, which provided the team with the right direction of treatment. His mood was mixed with both excitement for the technological finding and clear compassion for our circumstances.”

Dr. Barth feels that this case would not have been successful had it not been for the extensive care taken by the Packard Children’s Hospital. He also added that during such times the families go through an emotional upheaval, but the collaboration with other hospital subspecialties is really what multidisciplinary care is all about and this brings back the faith in the hearts of the family.

The cases mentioned have been published in the online journal Ultrasound in Obstetrics & Gynecology. This report is a collaboration between Barth and a team of French scientists in Marseilles.