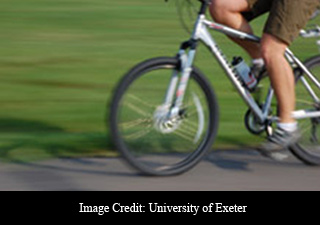 Previously, researchers have claimed that consuming upto 500ml of beetroot juice daily reduces blood pressure. Yet another novel study has discovered that consuming beetroot juice may enhance one’s stamina. It could further assist in increasing an individual’s exercise time by nearly 16%. This novel study was carried out by experts from the University of Exeter and Peninsula Medical School.

The study showed that the nitrate present inside the beetroot juice seems to decrease the oxygen uptake thereby making exercise less tiring. Experts claimed that these findings may prove beneficial to endurance athletes. In addition, these findings may also be significant to elderly people or people with heart, respiratory or metabolic diseases.

Experts were believed to have examined eight men aged between 19 and 38. They were provided with 500ml of organic beetroot juice for nearly six continuous days before completing a series of tests. The tests included cycling on an exercise bike. On another instance, they were given a placebo of blackcurrant cordial for about six consecutive days before completing the same cycling tests.

The findings revealed that after consuming beetroot juice, the group was able to cycle for an average of 11.25 minutes. Apparently, this was 92 seconds longer in contrast to when they were given the placebo. This was believed to explain that an approximate 2% reduction in the time was taken to cover a given distance. In addition, the group which had consumed the beetroot juice appears to have lower resting blood pressure.

The findings of the study revealed that drinking beetroot juice may perhaps reduce oxygen uptake to an extent. Supposedly, the reduction of oxygen uptake cannot be obtained by any other identified methods, including training.

Corresponding author of the study, Professor Andy Jones of the University of Exeter’s School of Sport and Health Sciences, stated that, “Our study is the first to show that nitrate-rich food can increase exercise endurance. We were amazed by the effects of beetroot juice on oxygen uptake because these effects cannot be achieved by any other known means, including training. I am sure professional and amateur athletes will be interested in the results of this research. I am also keen to explore the relevance of the findings to those people who suffer from poor fitness and may be able to use dietary supplements to help them go about their daily lives.”

Allegedly, experts are unable to find the accurate method which seems to cause the nitrate in the beetroot juice to boost stamina. However, they seem to claim that increase in stamina could be due to the conversion of the nitrate into nitric oxide inside the body thereby reducing the oxygen cost of exercise. Experts are hoping to carry out further studies in order to recognize the effects of nitrate-rich foods on exercise physiology.

The findings of the study have been published in the Journal of Applied Physiology.