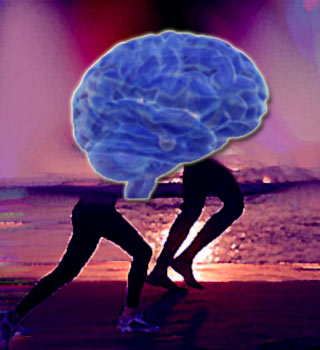 Exercise- freaks may just have another reason to continue pumping up the iron. A novel study by researchers at the University of Western Australia reveals that regular exercise may help ward off memory flaws. It may also delay the onset of dementia.

The researchers commented, “Unlike medication, which was found to have no significant effect on mild cognitive impairment at 36 months, physical activity has the advantage of health benefits that are not confined to cognitive function alone, as suggested by findings on depression, quality of life, falls, cardiovascular function, and disability.”

Head of research at the Alzheimer’s Society, Dr. Susanne Sorensen additionally asserted, “Regular exercise is one of the best ways to reduce your risk of dementia and can help slow progression of the condition. This study demonstrates that exercise improves cognition in people with mild cognitive impairment, and that there is a lasting effect even after the exercise intervention stops. We need more research to investigate whether exercise not only improves cognition, but also stops people with mild cognitive impairment developing dementia.”

The team checked the impact of a home based physical activity programme on around 138 volunteers aged over 50 and who suffered from memory problems. While some participants were asked to complete moderate physical activity in three 50-minute sessions others were required to keep their exercise levels low for approximately 24 weeks.

After a close analysis of these participants, researchers suggest that exercise could play a significant role in improving the mental performance in adults with mild cognitive problems. These cognitive impairments were not really serious and not necessarily leading towards dementia. But it could increase the risk of developing the condition. The researchers additionally followed-up the volunteers to test whether the benefits of the exercise programme persisted. Surprisingly, it was found to last for around 12 months.

The end of the study revealed the exercise group to have much better scores in the cognitive function tests in addition to lower scores in tests that determine the signs of dementia.

Figures from the World Health Organization show that there are about 18 million people worldwide with Alzheimer’s disease. By 2025, that number is expected to reach 34 million.

With existing drugs known to ease symptoms and not stop the disease, the novel study could be really helpful in tackling flawed memory. So to keep your brain in fine fettle all you need is some regular exercise.

Starting early dialysis seems to be harmful for some patients