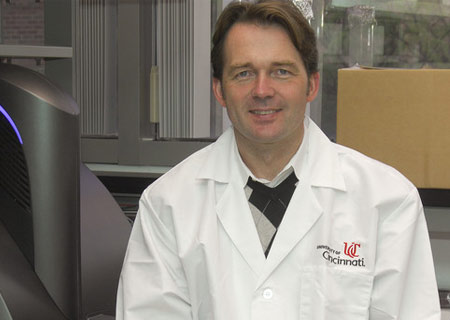 Cholesterol circulated in the body is managed by the hormone ghrelin that alerts us of hunger. Findings revealed by the University of Cincinnati focused on a new potential target for the pharmacologic control of cholesterol levels. Researchers observed high levels of ghrelin in mice that caused increased levels of blood circulating cholesterol in animals.

The hormone ghrelin restricts the melanocortin 4 receptor (MC4R) in the hypothalamus and is also important for regulating food and energy intake. The authors reveal that high levels of ghrelin caused increased blood circulating cholesterol in animals was due to low acceptance of cholesterol by the liver.

Cholesterol is a type of fat that occurs naturally in the body. While fat is essential for the body too much cholesterol can lead to atherosclerosis which is buildup of plaque in the arteries. It is also identified that atherosclerosis can lead to heart attack. The American Heart Association identifies that every 34 seconds a heart attack is occurs in the United States.

“We have long thought that cholesterol is exclusively regulated through dietary absorption or synthesis and secretion by the liver,” says Matthias Tschöp, MD, professor in the University of Cincinnati (UC) endocrinology division. “Our study shows for the first time that cholesterol is also under direct ‘remote control’ by specific neurocircuitry in the central nervous system.”

The research team further analyzed the impact of genetically deleting or chemically stopping MC4R in the central nervous system. Researchers observed the increasing levels of cholesterol which conveyed that MC4R was the central element of the remote control.

“We were stunned to see that by switching MC4R off in the brain, we could even make injected cholesterol remain in the blood much longer,” says Tschöp, a researcher at UC’s Metabolic Diseases Institute.

The cholesterol structure of mice and humans are different. Therefore Tschop and his team revealed that more work is required before this research is directly applied on humans. Previous research findings add to the evidence of the central nervous system’s direct control over essential metabolic processes.

This research appears online ahead of print Sunday, June 6, 2010, in Nature Neuroscience.