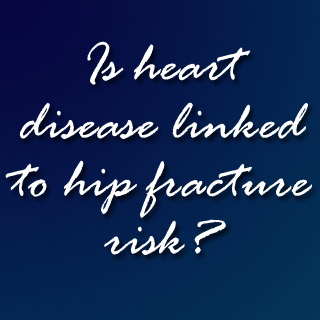 A novel study has discovered that diagnosis of cardiovascular disease (CVD) seems to be associated with a considerably increased likelihood of subsequent hip fracture. Also, there could be a genetic predisposition to the development of CVD and fractures.

CVD and osteoporosis are known to be commonly seen in elderly individuals. In addition, they appear to have been considered as independent age-related disorders. Studies are believed to have claimed that there may be general mechanisms that cause these diseases. Supposedly, stroke is a well-known risk factor for hip fracture. However, it is unsure whether other CVDs may raise the possibility of potential hip fracture.

Ulf Sennerby, M.D., of Uppsala University, Uppsala, Sweden, says “It is also unknown whether the risk for hip fracture differs depending on CVD diagnosis and sex, as well as whether the risk reflects lifestyle and individual environmental influences or genetic constitution,”

In order to examine the association between heart episodes and future chances of hip fracture and to investigate to what extent the relation was attributable to genes or associated with other lifestyle factors, the experts were believed to have made use of information from nearly 31,936 twins in the Swedish Twin Registry.

The experts stated that a study which includes twins provided an outline for an ordinary group analysis even as they were simultaneously examining the relation between cardiovascular events and hip fracture. During the study, the twins who were born from 1914-1944 were followed up from the age of 50 years. The National Patient Registry was observed to have recognized twins with CVD and fractures from 1964 during the year 2005.

Furthermore, in comparison with individuals without CVD, patients with heart failure appear to have nearly a 4-fold increased rate of hip fracture whereas individuals with a stroke had 5 times higher possibility. Additionally, the high hip fracture rate was also believed to have been seen after ischemic stroke, hemorrhagic stroke, peripheral atherosclerosis and ischemic heart disease.

“Identical twins without heart failure and stroke also had, after their co-twins had been exposed to these respective diseases, an increased rate of hip fracture,” explains Sennerby.

These sibling twins who were regarded to be ‘pseudoexposed’ (i.e., the twin without CVD was considered to be “pseudoexposed” to having CVD based of their co-twin having a CVD event) for heart failure seemed to have a 3.7-fold increased risk for hip fracture. Also, pseudoexposure for stroke could possibly have nearly 2.3 times increased risk of hip fracture.

Sennerby further stated that, “An increased hip fracture risk for the pseudoexposure in the co-twin analyses, particularly in identical twins, is an indication that genes predispose to the development of CVD and fractures. Most of the overall increased rate of hip fracture after heart failure (and part of the increased risk after stroke) appears to be explained by genes or by early environmental sharing (i.e., not individual lifestyle habits or other individual-specific environmental factors).

The study authors claimed that clinicians should be aware of the significantly increased rate of hip fracture in both sexes, especially after a recent hospitalization for CVD. Apparently, genetic predisposition is perhaps a major determinant of the excess fracture rate.