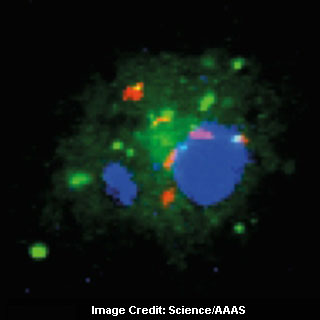 Can vitamin D give more than just good bone health? Researchers from the University of California have shown that vitamin D apparently enhances the immune response for tuberculosis (TB). The immune mechanism in the presence of vitamin D seems to kill the tuberculosis bacteria known as Myobacterium tuberculosis.

The analysts found that T-cells which are known to play a major role in immunity seemingly secrete a protein called interferon-g. The latter accelerates interaction between cells and leads the afflicted immune cells to strike the intruding bacteria. Supposedly, vitamin D is essential for this process to be activated. As per the outcomes, nearly 85% of colony-forming tuberculosis bacteria were reduced in human macrophage cells that were exposed to interferon-g while vitamin D was present.

“Over the centuries, vitamin D has intrinsically been used to treat tuberculosis. Sanatoriums dedicated to tuberculosis patients were traditionally placed in sunny locations that seemed to help patients — but no one knew why this worked. Our findings suggest that increasing vitamin D levels through supplementation may improve the immune response to infections such as tuberculosis,” commented first author, Dr. Mario Fabri, who conducted the research at UCLA and is currently a member of the department of dermatology at the University of Cologne in Germany.

Notably, the team found that vitamin D could help innate as well as adaptive immunity which are the 2 principal factors in combating infections. They believe that vitamin D is crucial for the activity of T cells which contributes primarily to counter infections.

Also, the researchers found that both the innate and acquired immunities function through different receptors that cause the death of the tuberculosis bacteria. Apparently, they integrate at an initial stage itself to access a route that makes use of vitamin D.

The scientists also found that T cells released interferon-g which activated cathelicidin and other such proteins to destroy the tuberculosis bacteria. They appeared to specifically transfer the proteins to the location of the cell where the bacteria breeds. The cells then killed the affected portions comprising bacteria.

This research essentially shows how vitamin D has a major impact on T cell immunity that acts as a shield against infections like tuberculosis. The findings are published in the journal Science Translational Medicine.