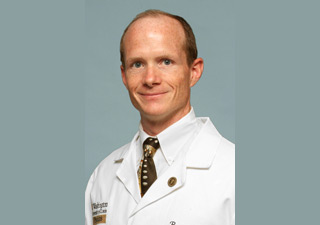 The first trial of an innovative model for testing Alzheimer’s treatments has convinced researchers that a potential class of drugs does not worsen the disease if the treatment is disturbed. Scientists at Washington University School of Medicine in St. Louis and Merck & Co. examined the effects of gamma secretase inhibitors. They were hesitant as these drugs may cause a build-up of proteins connected to Alzheimer’s disease. This buildup may be released in a flow when patients stopped the medications, however the new findings suggest otherwise.

Senior author Randall Bateman, MD, a Washington University neurologist who treats patients at Barnes-Jewish Hospital shares that, “This is important because it eases some concerns that have been raised about this potentially useful class of medications”.

Production and clearance of amyloid beta was measured by a technique developed by Bateman and his colleagues at Washington University. This was the first time stable-isotope-labeling kinetics (SILK) was used in primates. In the preliminary assessment of this technique experts observed that the amyloid beta yield in the subjects was 10 percent per hour.

“This is much closer to the human turnover rate of 8 percent per hour than other animal models,” says co-first author Kristin Wildsmith, PhD, a postdoctoral research scholar. “That means we can be more confident that preclinical testing of Alzheimer’s treatments in this model will produce results that accurately predict what the effects will be in humans.”

SILK testing revealed that the drugs lowered generation of amyloid beta when scientists gave the animals gamma secretase inhibitors. It was observed that blood levels of amyloid beta went above normal levels. However in central nervous system SILK showed that there was no increase in amyloid beta levels.

Bateman says that blood testing may not be the best way to monitor amyloid beta levels in the central nervous system. In addition he shares that the source of amyloid beta in the blood is unclear. Brain amyloid beta is a portion of a large protein regularly dismantled as a part of normal metabolism. Gamma secretase inhibitors treatment shifts disassembly from an amyloid-beta-generating path to another pathway that ceases the production of amyloid beta.

These findings appeared recently in The Journal of Neuroscience.