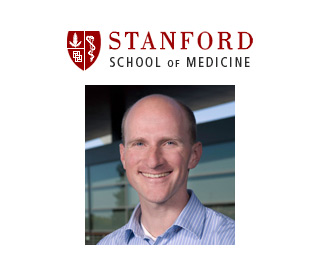 Experts from Stanford University claim to have discovered a much greater spectrum of differences between each cell than ever seen before. This they did by using a new technology that permits them to evaluate how individual cells respond in the complex system of cell signaling. This study highlights that experts were mislead by results of cell-population-based analysis.

Until now data on cell signaling has been acquired from populations of cells. This was done using bulk assays due to technological restrictions on the capacity to observe each individual cell. Cell signaling are responsible for basic cellular activities and coordinates cell action in the human body.

Markus Covert, PhD, assistant professor of bioengineering and senior author of the study shares, “Think of cells as musicians in a jazz band. Covert’s lab studies complex genetic systems. One little trumpet starts to play, and the cells go off on their own riffs. One plays off of the other.”

The basis of all progressing tissue repair and immunity is suggested to be the ability of cells to accurately respond to their environments. New insights on how larger biological systems operate may be due to better understanding of how cells communicate with each other. It may further lead to cures for cancer, diabetes and autoimmune disorders, which are caused by errors in this process.

Study co-author Stephen Quake, PhD, a professor of bioengineering at Stanford, investigator of the Howard Hughes Medical Institute and a leader in the field of microfluidics shares, “While the outcome of activation may be the same, the process the cells use to achieve this outcome is very different. Population studies have not revealed the intricate network of information one observes at the single cell level. This really surprised us. It sends us back to the drawing board to figure out what is really going on in cells.”

Experts reveal that we feel differences between cells’ matter, however the nuances can play a significant role. They further say this analysis is a good biological application of microfluidic cell culture and explains the power of the technology. The chip consists of three silicon-based layers of elastic material and contains microscopic equivalent of test tubes, pipettes and Petri dishes. The fluid flow is controlled by valves and gates. The chip carries out several experiments at the same time by regulating flow. It is significantly a lab on a chip.

Covert reveals, “We used a microfluidics platform that could maintain and monitor cell cultures 96 at a time. I was doing one at a time before that. Over a one-year period, we were able to study, with unprecedented detail, how 5,000 cells responded to signals. This took us to a totally new dimension.”

The experts placed mouse fibroblast onto the chip and allowed them to grow in an environmental chamber, mounted on an upturned microscope. The entire system is computerized and provides long-term monitoring of individual cells response to a signal by taking pictures every few minutes. Experts stimulated cells with various concentrations of a protein that transmits immune system’s response to infection or cancer.

Savas Tay, PhD, a postdoctoral scholar at Stanford and at the Howard Hughes Medical Institute and co-first author of the study with graduate student Jacob Hughey shares, “What we found is that some cells receive the signal and activate, and some don’t. Previously, we used to see the cell as a messy blob of biological material, yet there is great engineering down there. We needed to use mathematical modeling to understand what is going on”.

In the images experts observed that the cells responded in distinct ways with varying timings and number of oscillations. However their primary response in many respects was equal. They say that the cells have been doing different things that they often missed. They were also able to differentiate with unique detail how cells interpret varying intensities of an external stimulus. This was done by observing thousands of individual cells.