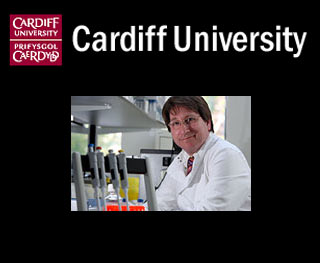 It has been claimed that annually approximately 10,000 men succumb to death due to prostate cancer in the UK itself. According to a latest study initiated by the Cardiff University, risk of death among men with locally advanced or high-risk prostate cancer can be reduced by introducing radiation in standard hormone treatments. Radiation may be extremely beneficial for men whose cancer has spread beyond the prostate.

Prostate cancer is ascertained to commonly affect men residing in Wales. The authors claimed that the findings of this study greatly impact the treatment of locally advanced prostate cancer not only in Wales but also all over the globe. Many cases seem to be registered wherein men fail to positively respond to radiation or surgery. Such men may be prescribed to undergo the androgen deprivation therapy (ADT). This is the standard form of treatment at present.

“The study has already been hailed as something that may change clinical practice. Based on the evidence we have, it would result in the prevention of 43 per cent of deaths from prostate cancer in men with localized but high-risk prostate cancer, or locally advanced cancer. Such men make up around 40 percent of all new cases of prostate cancer in the UK, and therefore these results have the potential, worldwide, to prevent thousands of deaths from prostate cancer every year. The success of this study is a real testament to international collaboration, and to the close working relationship between the National Cancer Institute of Canada and the UK Medical Research Council,” enlightened Professor Malcolm Mason, Head of Oncology and Palliative Medicine at the School of Medicine and Medical advisor to Cancer Research Wales.

The scientists revealed that during the ADT treatment levels of certain male hormones are significantly decreased. These hormones are predicted to enhance cancer growth. At the time of the study 1,205 men were provided with hormones along with radiation or only hormones. The results were analyzed by the authors after seven years. It was noted that patients who were given both the treatments reported a 74 percent survival. But the others who received only hormones registered a survival of 66 percent.

Liz Andrews, Charity Director at Cancer Research Wales, shared, “We’re delighted to hear about Professor Mason’s success and the positive consequences it could have for men diagnosed with prostate cancer. The impact of this study on prostate cancer treatment is a real success story and testimony to Welsh-based cancer research.”

An average of six months longer survival was determined among patients acquiring both the treatments as compared to patients with just one treatment. The authors informe that the study encompassed approximately 150 patients from hospitals in Wales and 73 from Velindre Hospital in Cardiff.

The study will be presented at the annual American Society of Clinical Oncology conference in Chicago.